Beyond the Arch | 2015
Team: Aya Abdallah, Negar Adibpour, Jules de Laage, Thierry Syriani | Professor Michael Jemtrude
the arch as a common and primitive architectural feature dynamizes both space and flow through it. in the MacDonald Harrington building on the McGill campus, arches are key to the design and punctuate the circulation at hallway intersections, thus integrating them in daily
paths across the building as people pass under them. attaching this human-sized living installation onto the arch incites passerby's to appreciate it as an architectural form and allows the space under it to become a place for contemplation rather than transition between two spaces. the installation consists of a series of superimposed plexiglass panels engraved with soundwaves motifs, with led strips placed under the panels. to add depth to the animated object, the front back-most plexiglass panels are coated with mirrors creating a infinite-mirror effect, making the emitted light penetrate the arch. once activated by motion, the arch is brought to life: the panels are lit up revealing the engraved pattern, and sound recorded from the hallway is also played back. this installation has also been designed with scalability in mind by utilizing portable technologies (Arduino board, led strips, and more) as well as the patterned motif to be
enlarged in both x and y dimensions.
Concept

layering of the soundwave motifs engraved on plexiglass

when there is no motion, the installation ‘breathes’ slowly with the led lights following the breathing’s rhythm inviting you to step in front. (Left)

when motion is detected, the arch comes to life! sound from the hallway is played back, animated with rapidly paced and blinking led coloured lights. (right) 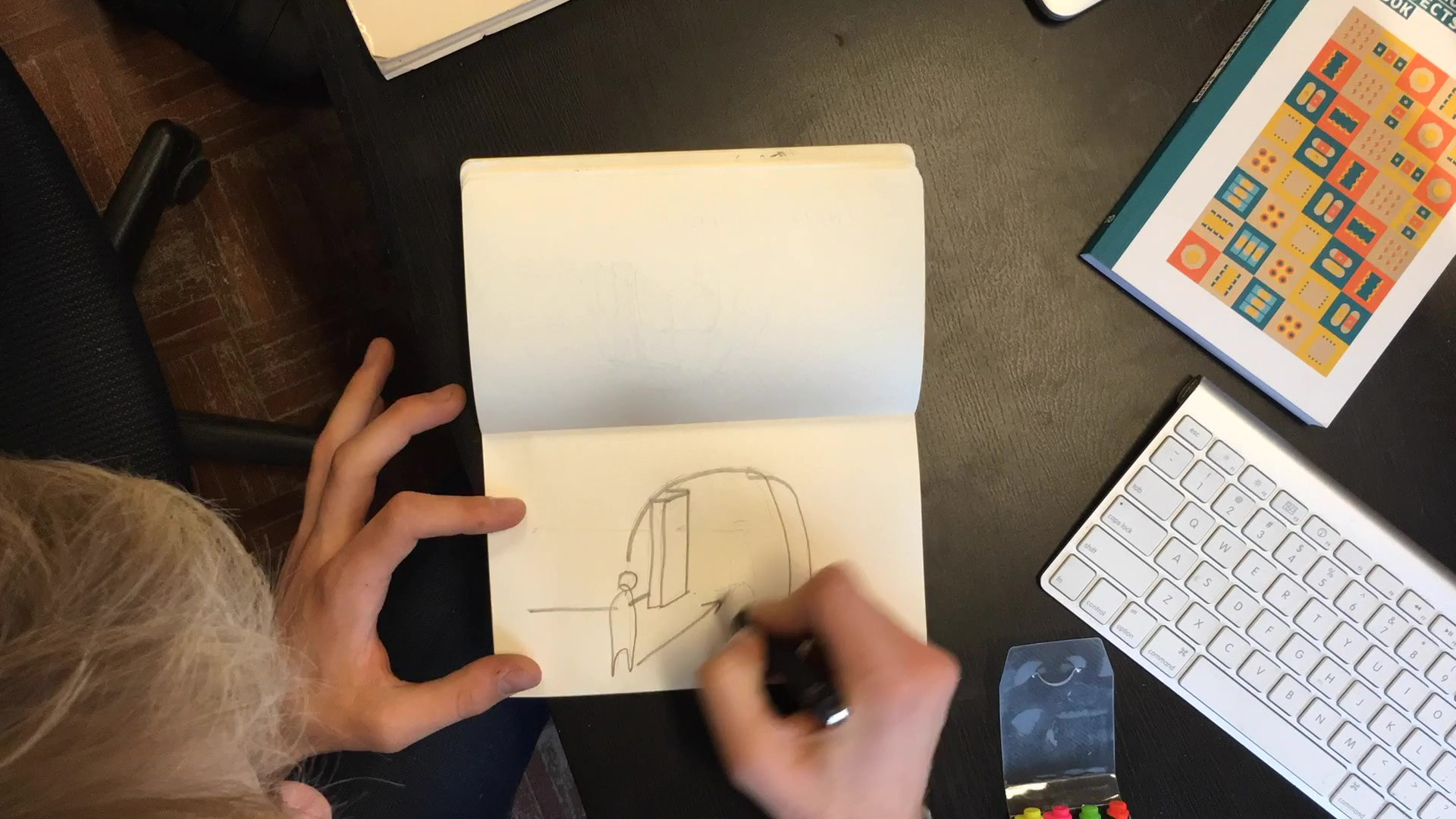 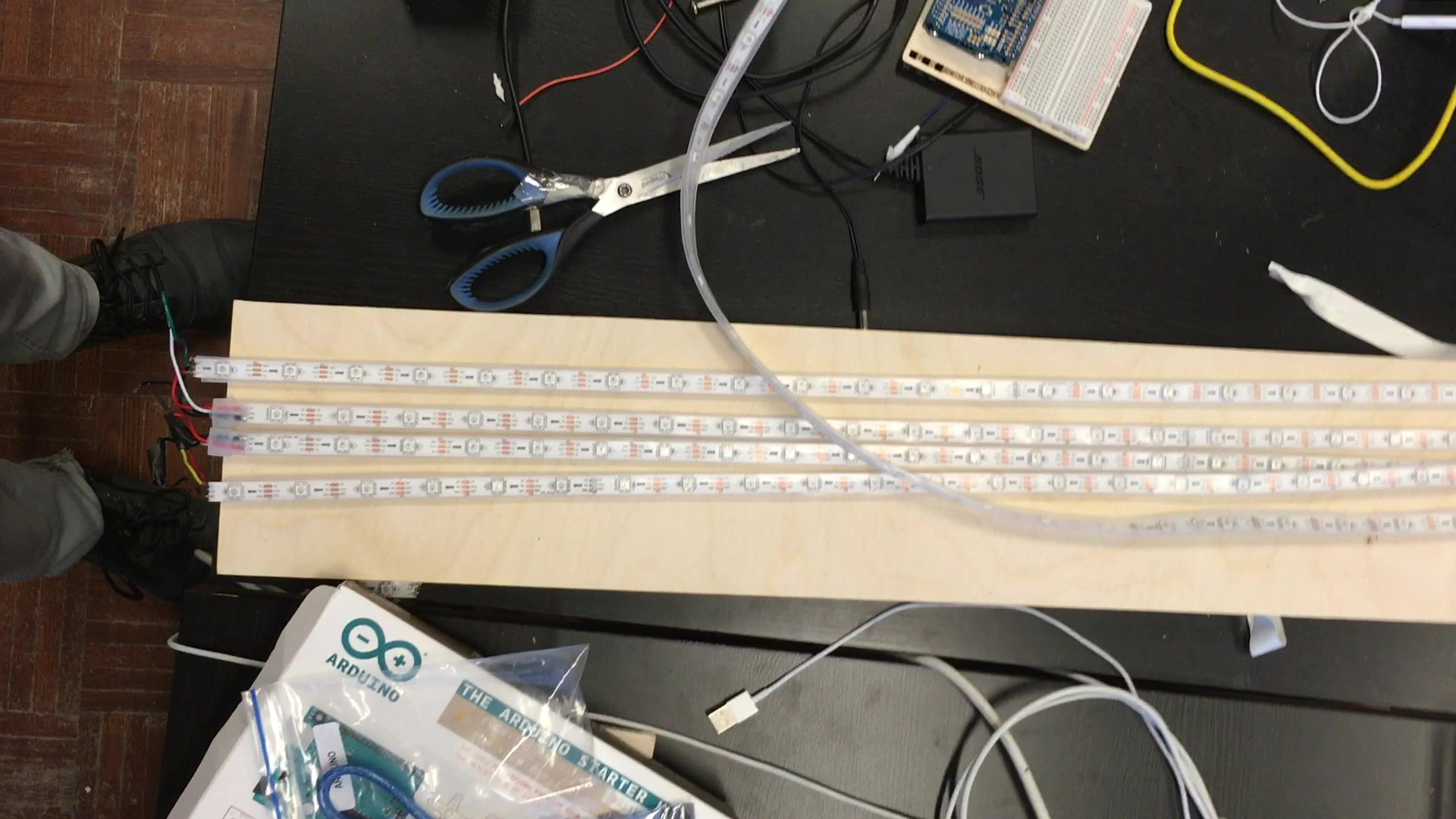 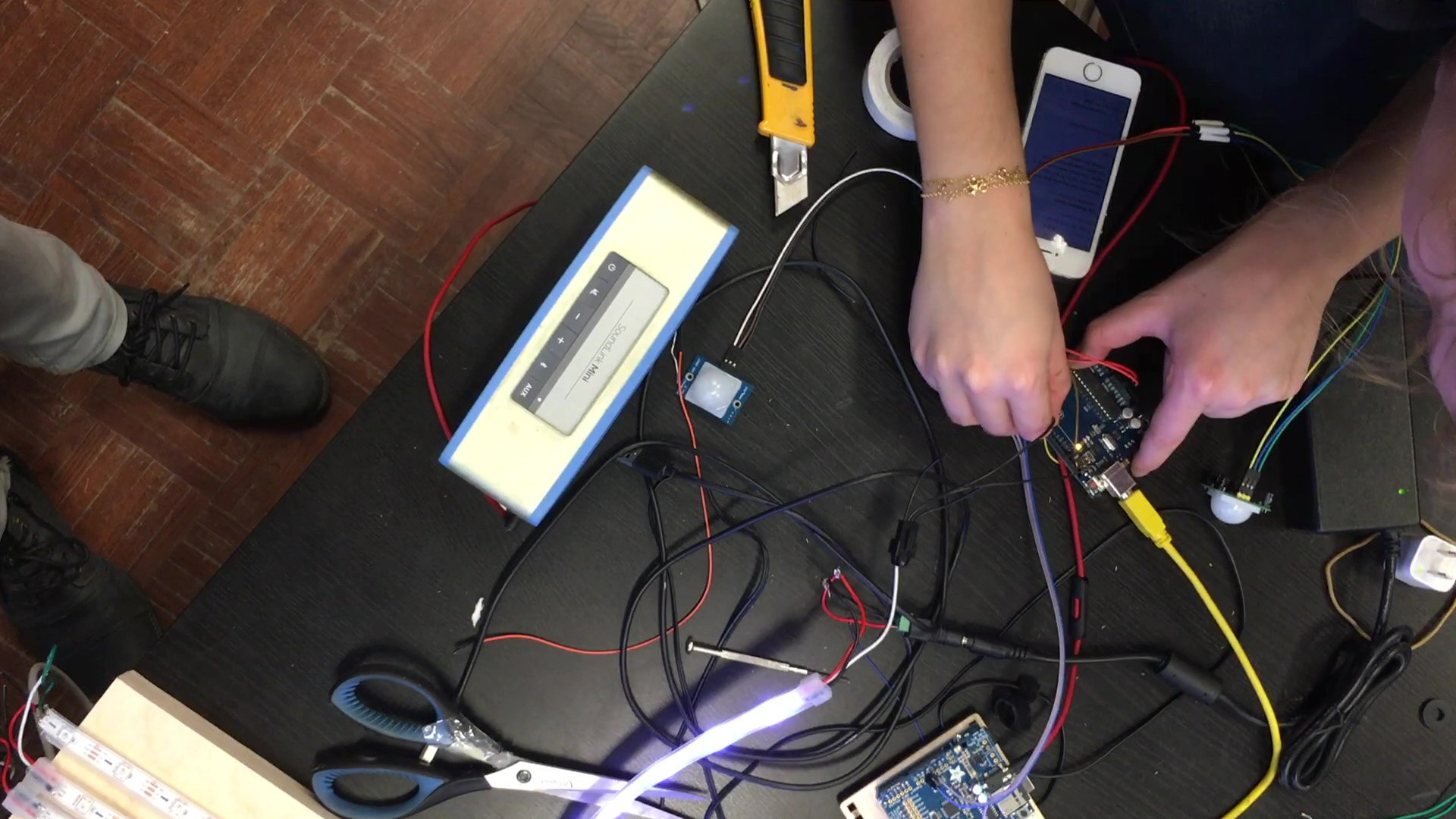 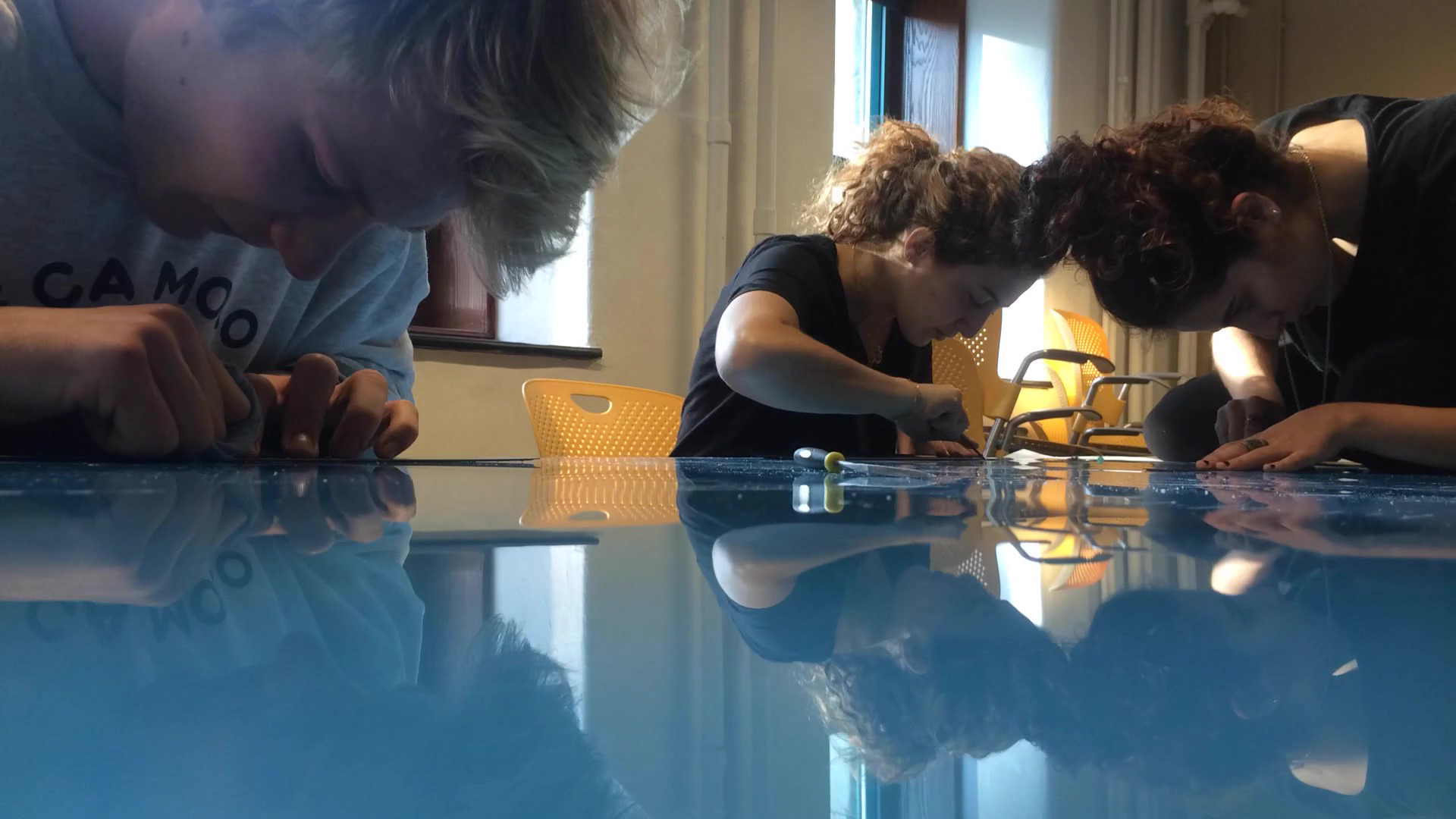 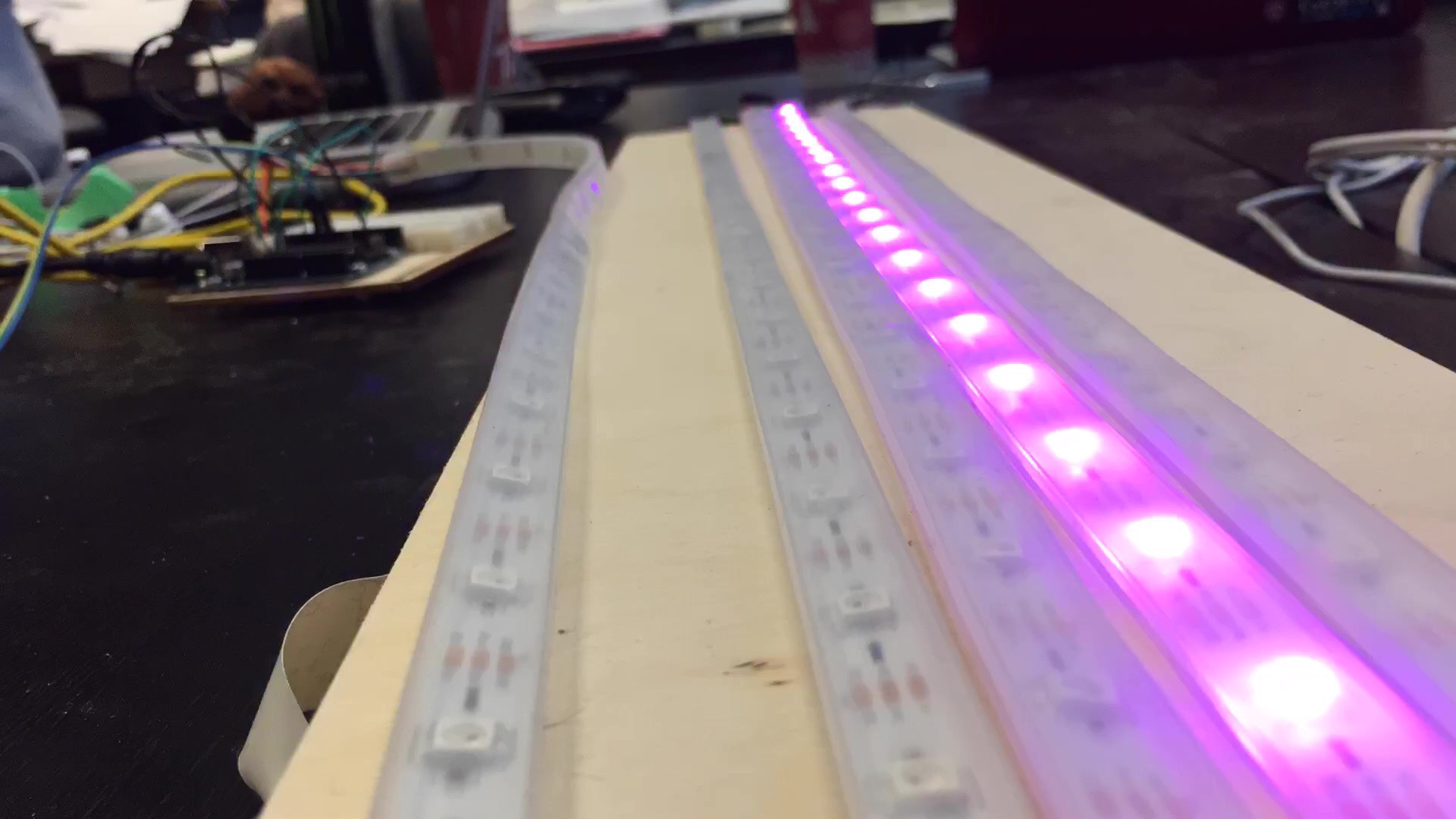 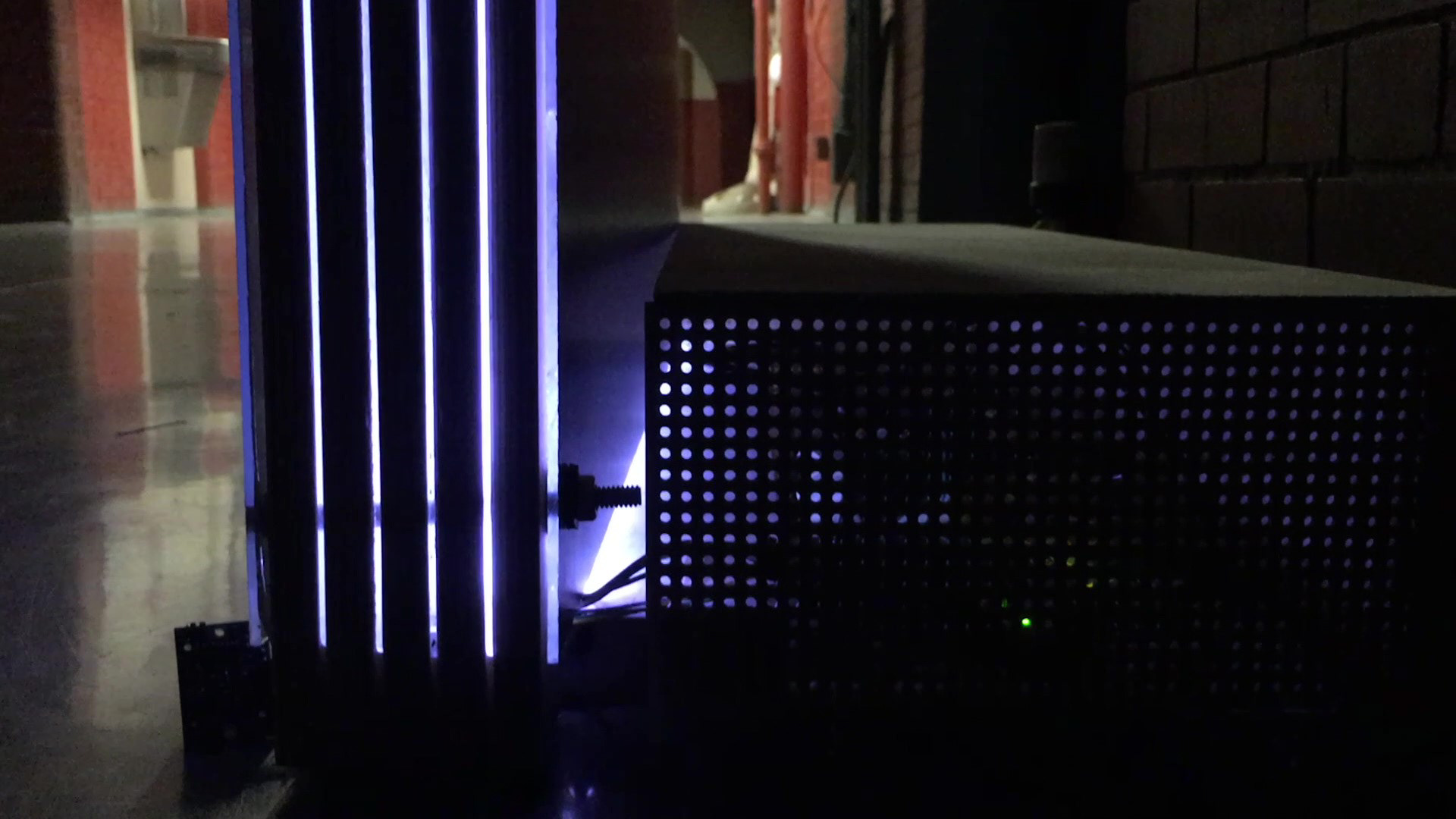 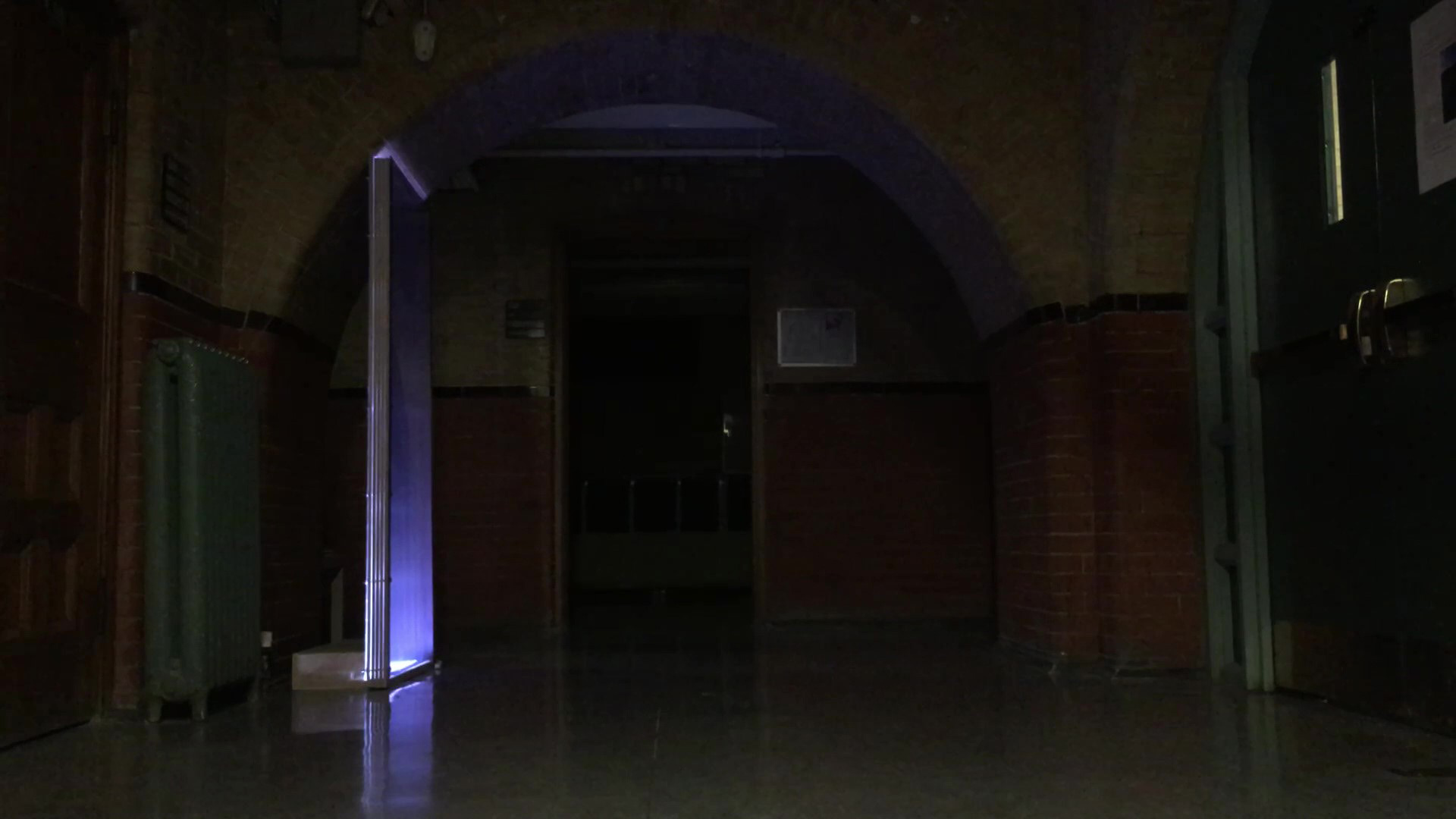 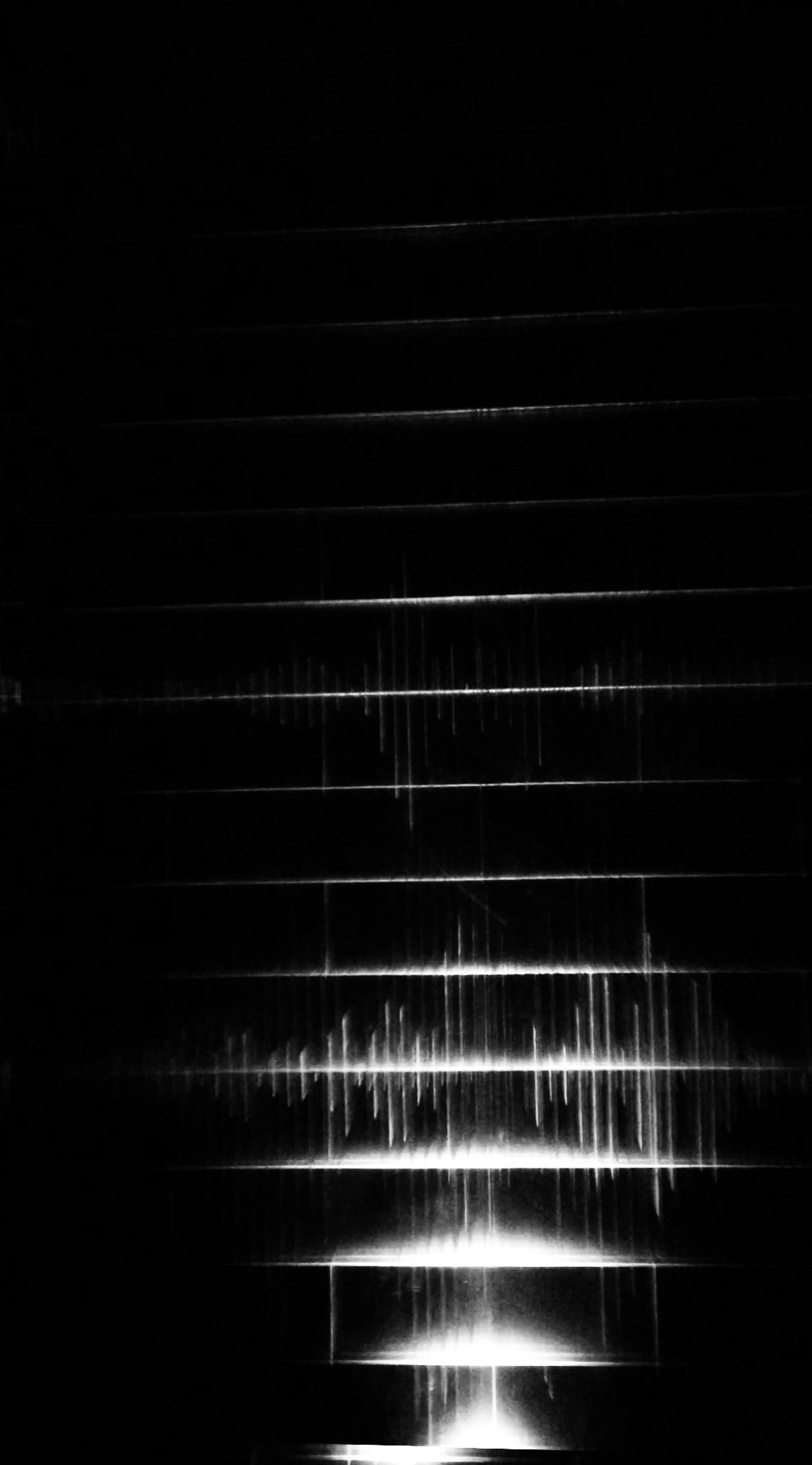 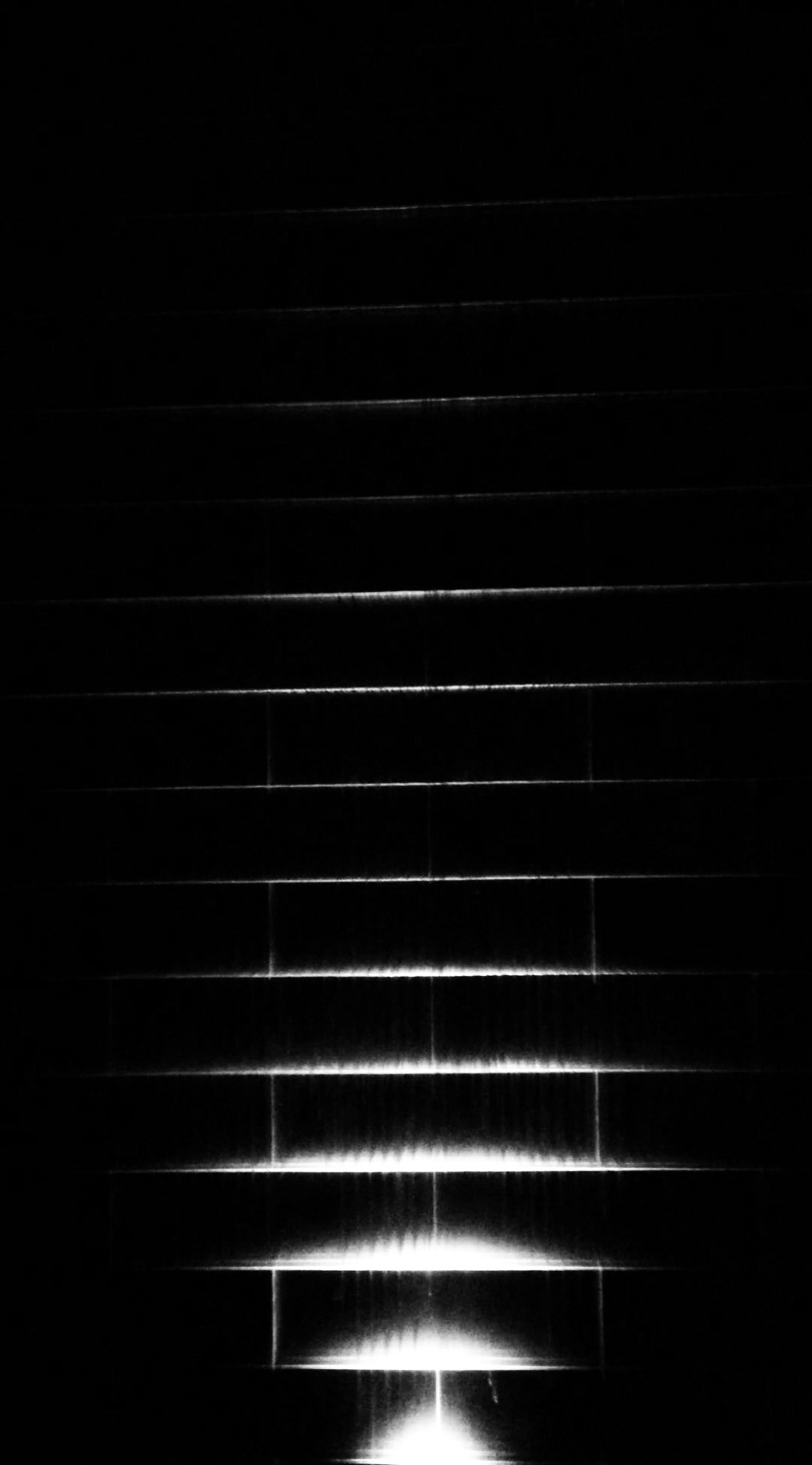 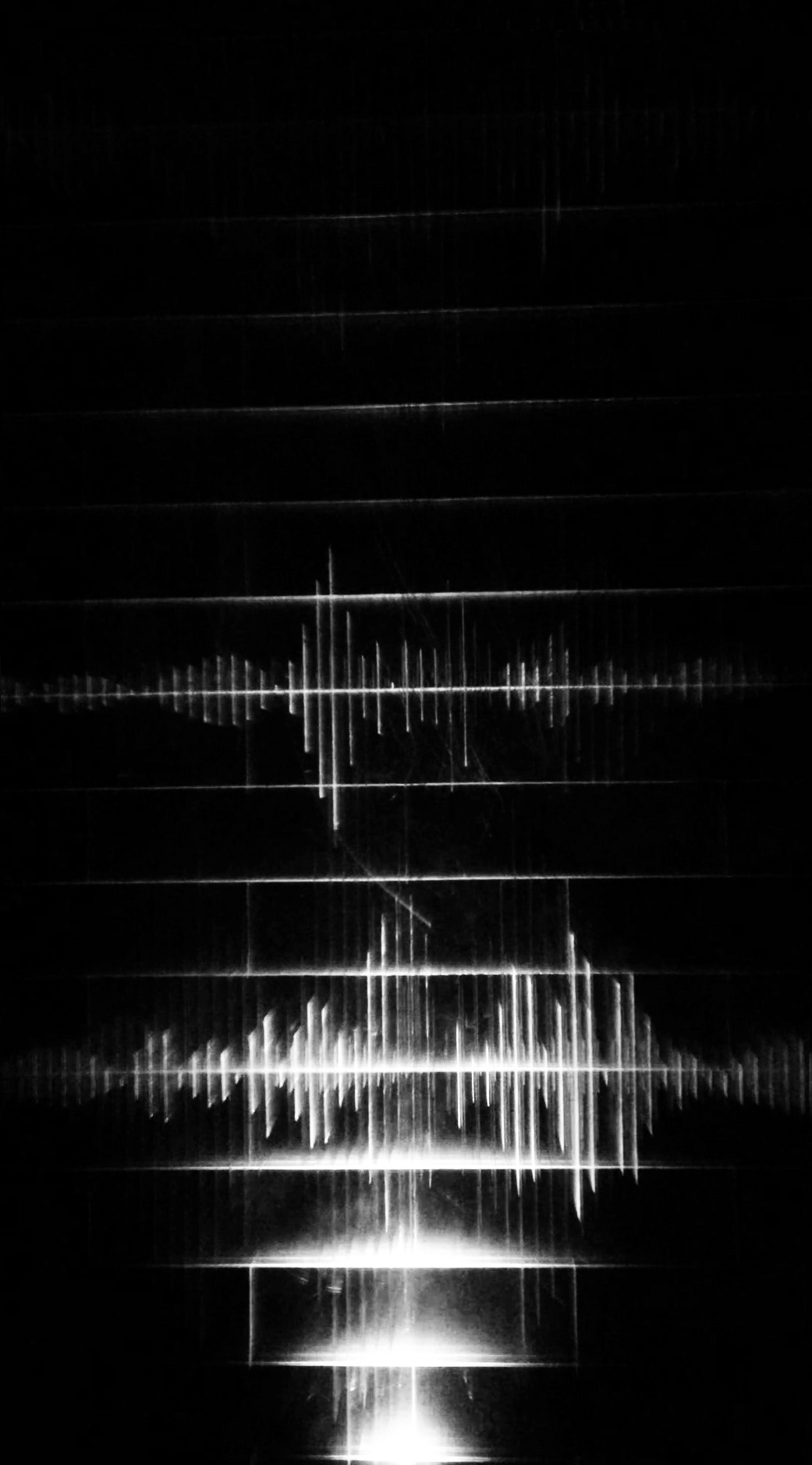 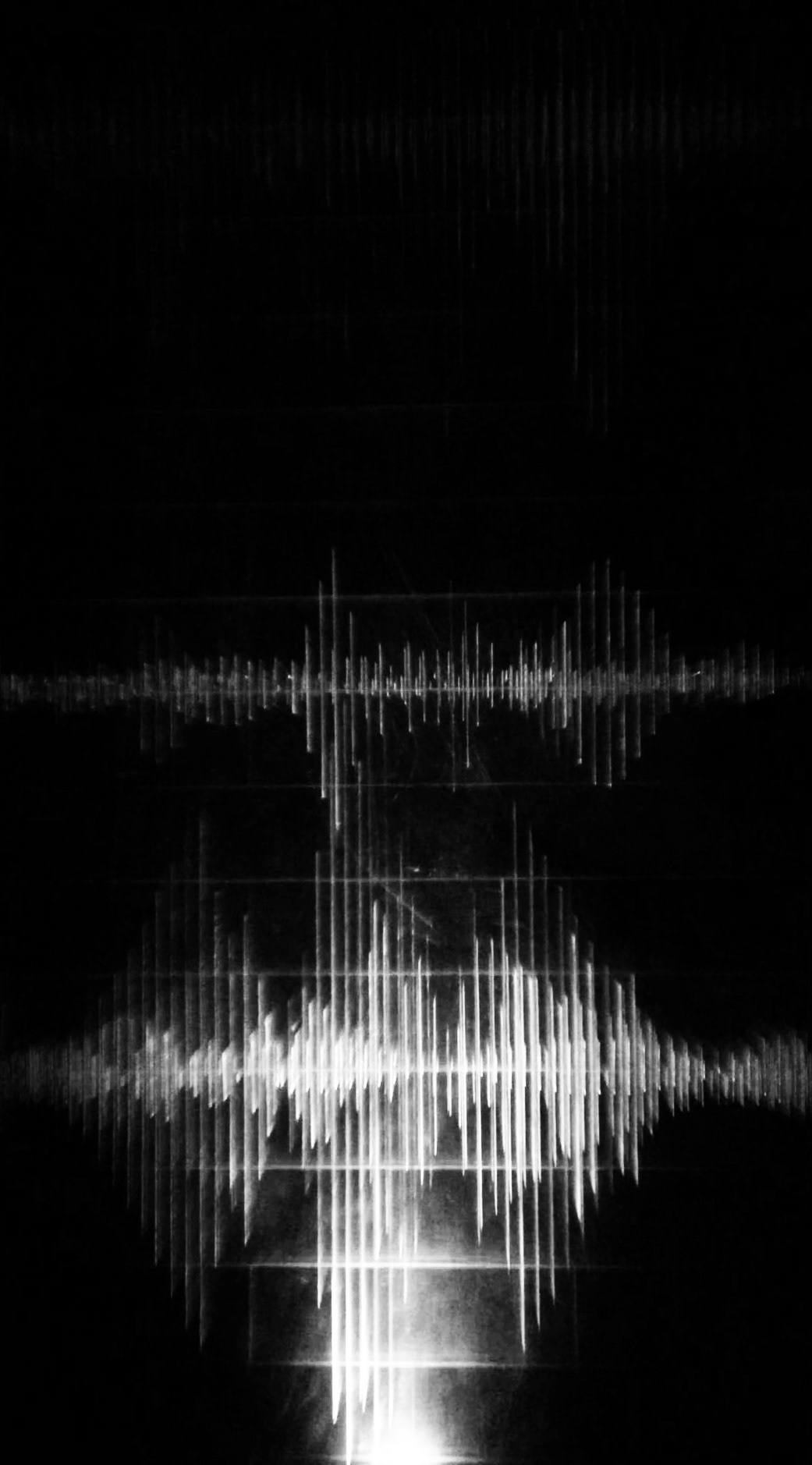 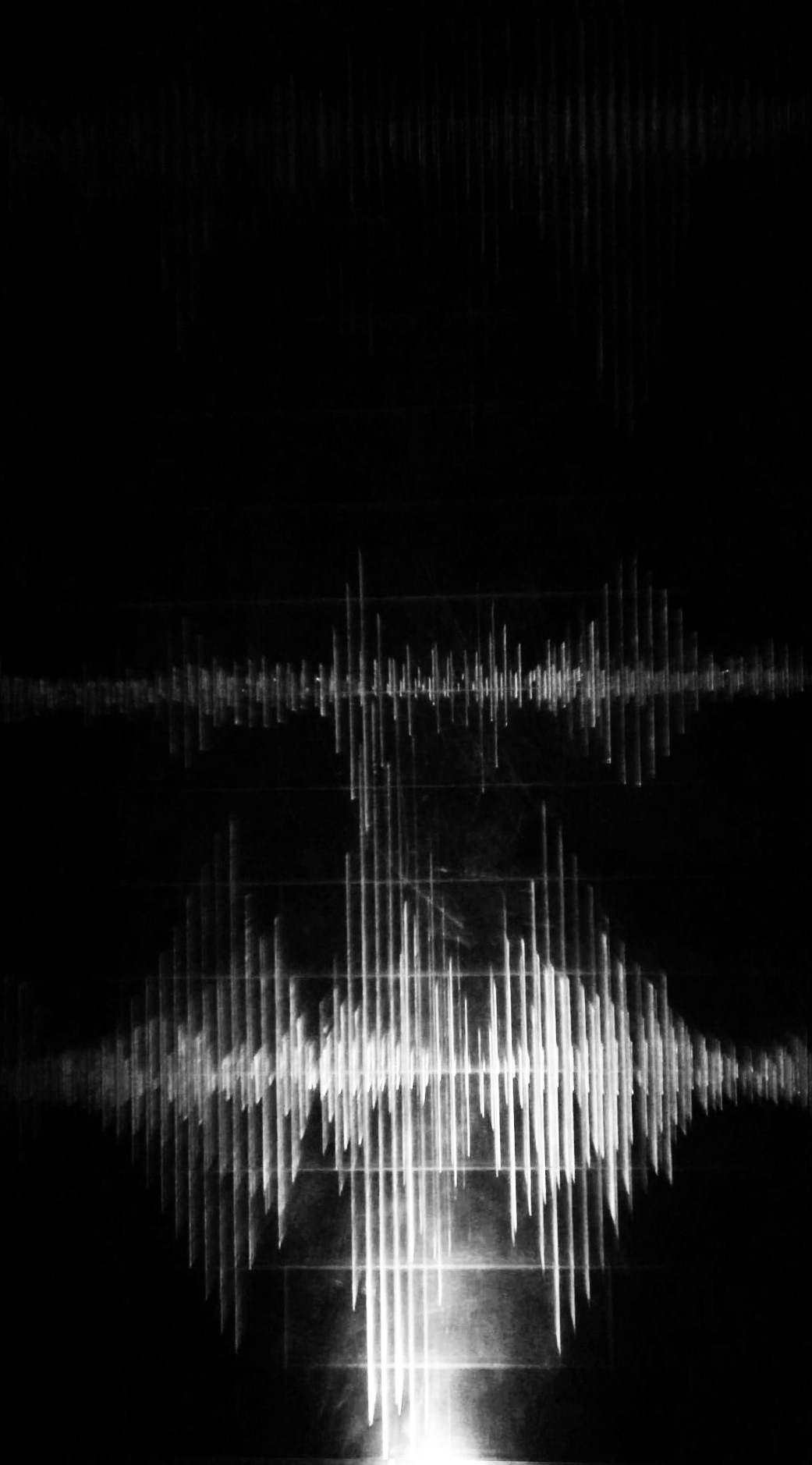 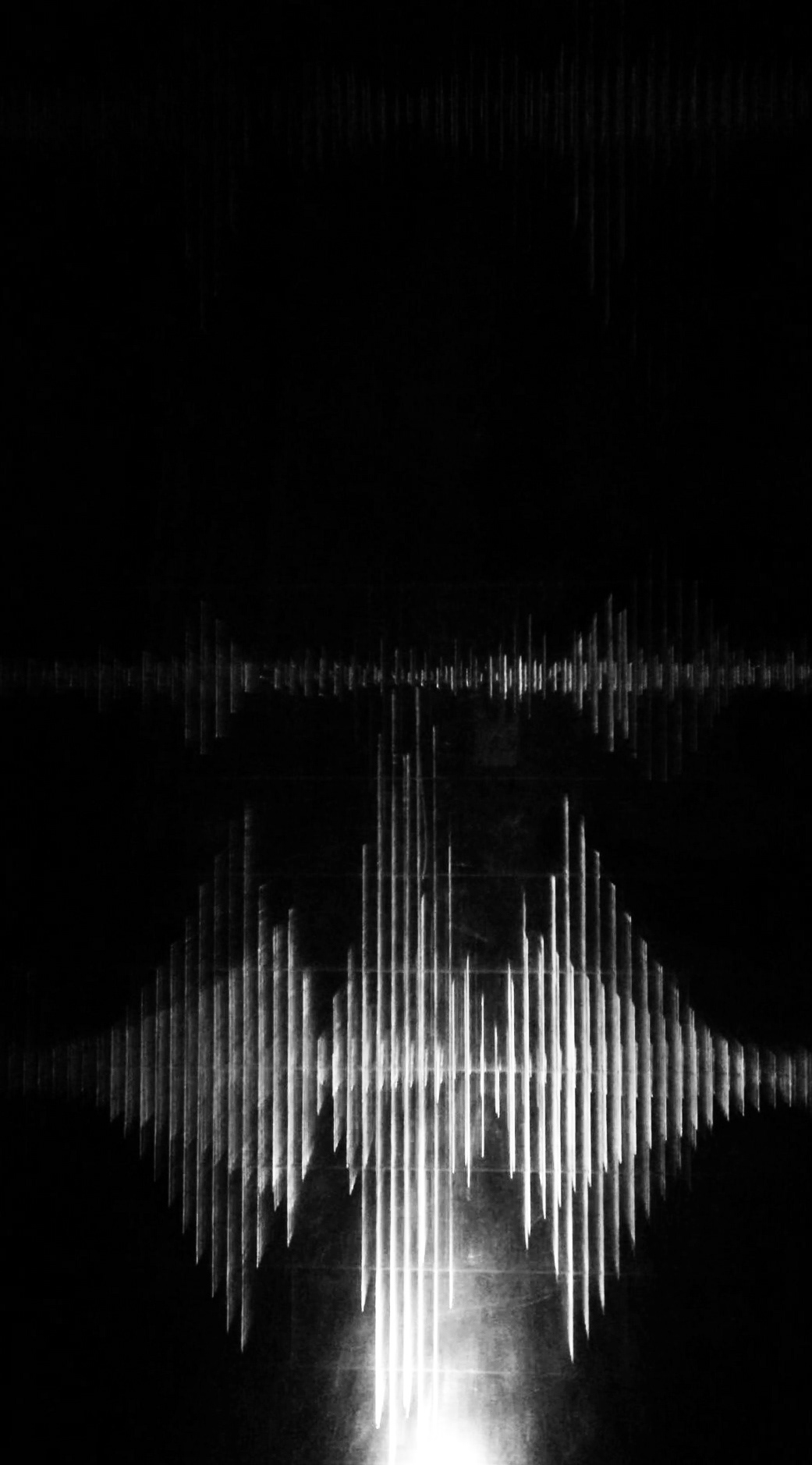 draw
↑Back to Top