en raison de cette période particulière… | Winter 2020 | Professor Ricardo Castro
Over the course of the last month, we witnessed a certain dichotomy in this city that at least to me was quite unprecedented. Throughout the last 8 years that Montreal has become the city I call home, around late March through April you start seeing  faint signs of  Spring making their way through, and the streets, shops, restaurants and terraces start slowly packing up with people. This year, this wasn’t the case. This year, the arrival of spring happened at the same time as a global pandemic, state of emergency announcements in every major city in the world, school cancellations and of course, “all non-essential businesses” that give the life to the streets of this city were forced to close down.
This situation sparked the idea to start documenting the shut down store front Architecture of shops, bars, restaurants, barber shops and many more businesses in Montreal’s Le Plateau, mainly on Mont Royal and Saint Laurent streets. These two streets were chosen specifically not only for their well recognizable livelihood in the city,  but also for personal attachments and memories I have associated to many of these “non-essential businesses”.
The specific selection of photos presented in the following pages addresses three issues that became central to the project. Through these photographs, I hope to convey the dualities of this rather unprecedented Montreal spring time. The vibrancy and colorfulness of the selected Architecture, focuses on the “lobbies” of the stores, which now, instead of being a buffer zone for the people entering these spaces, have become the colorful yet melancholic home to what I might call the punctum1 of the photographs, a piece of paper announcing their closures until further notice. 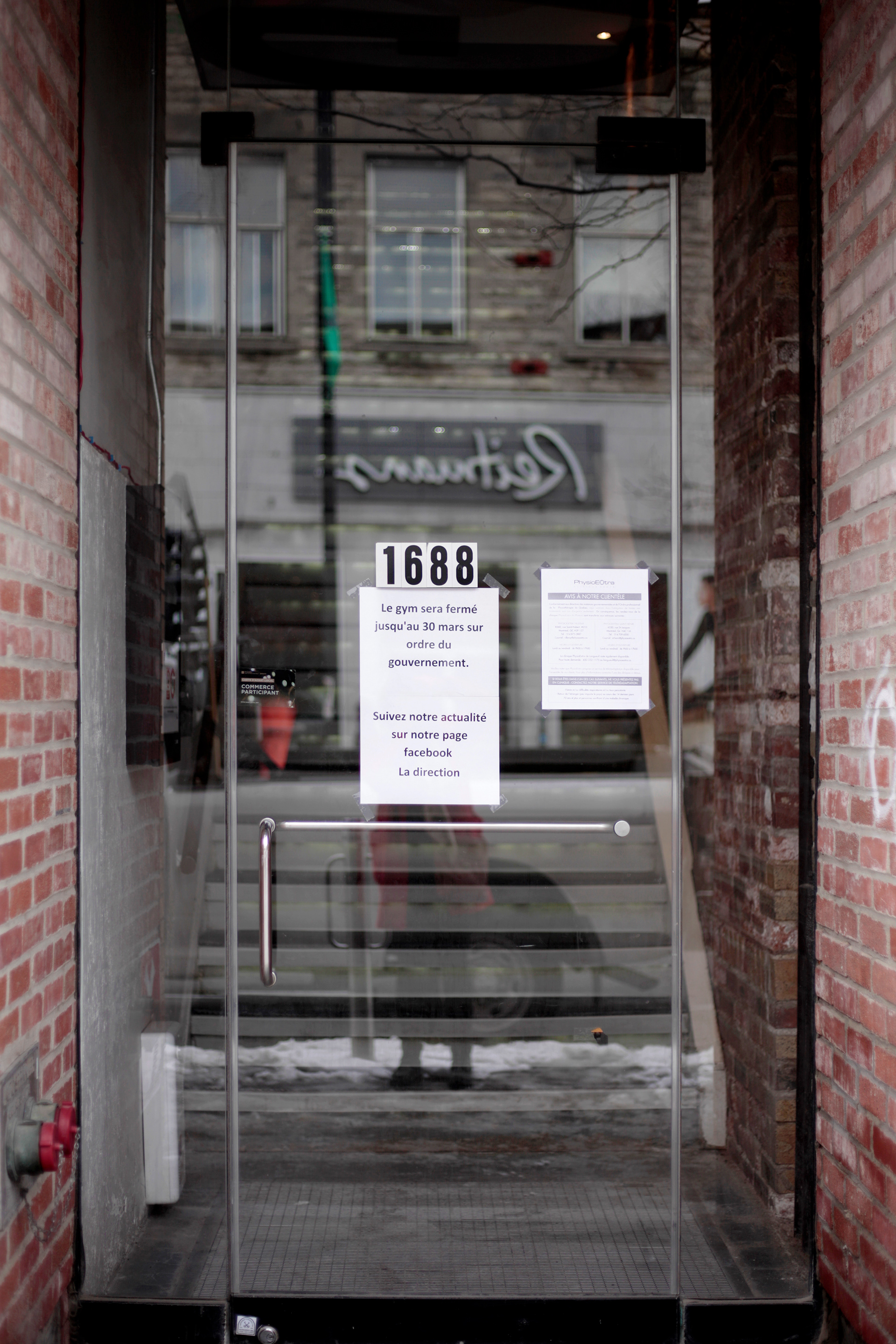 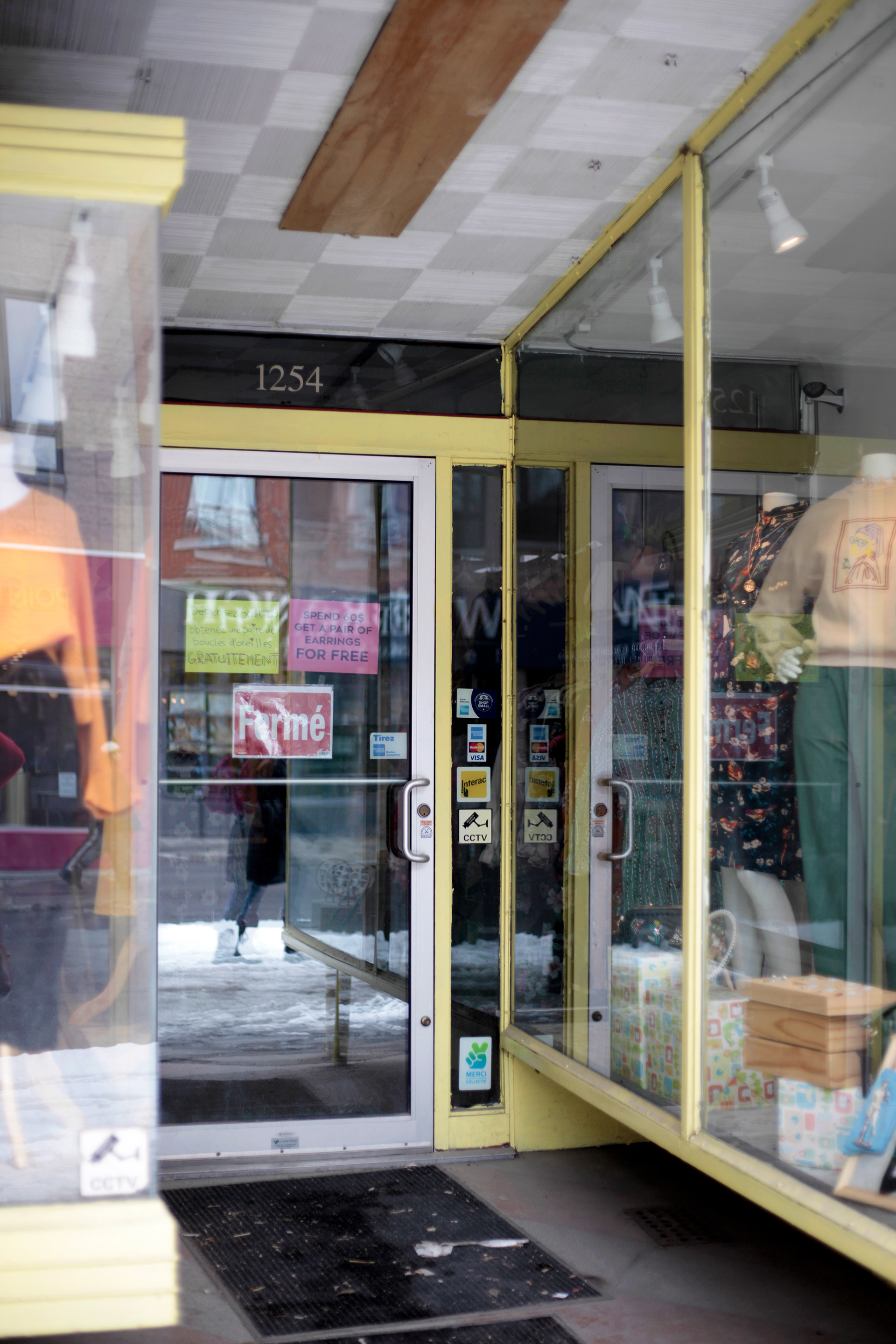 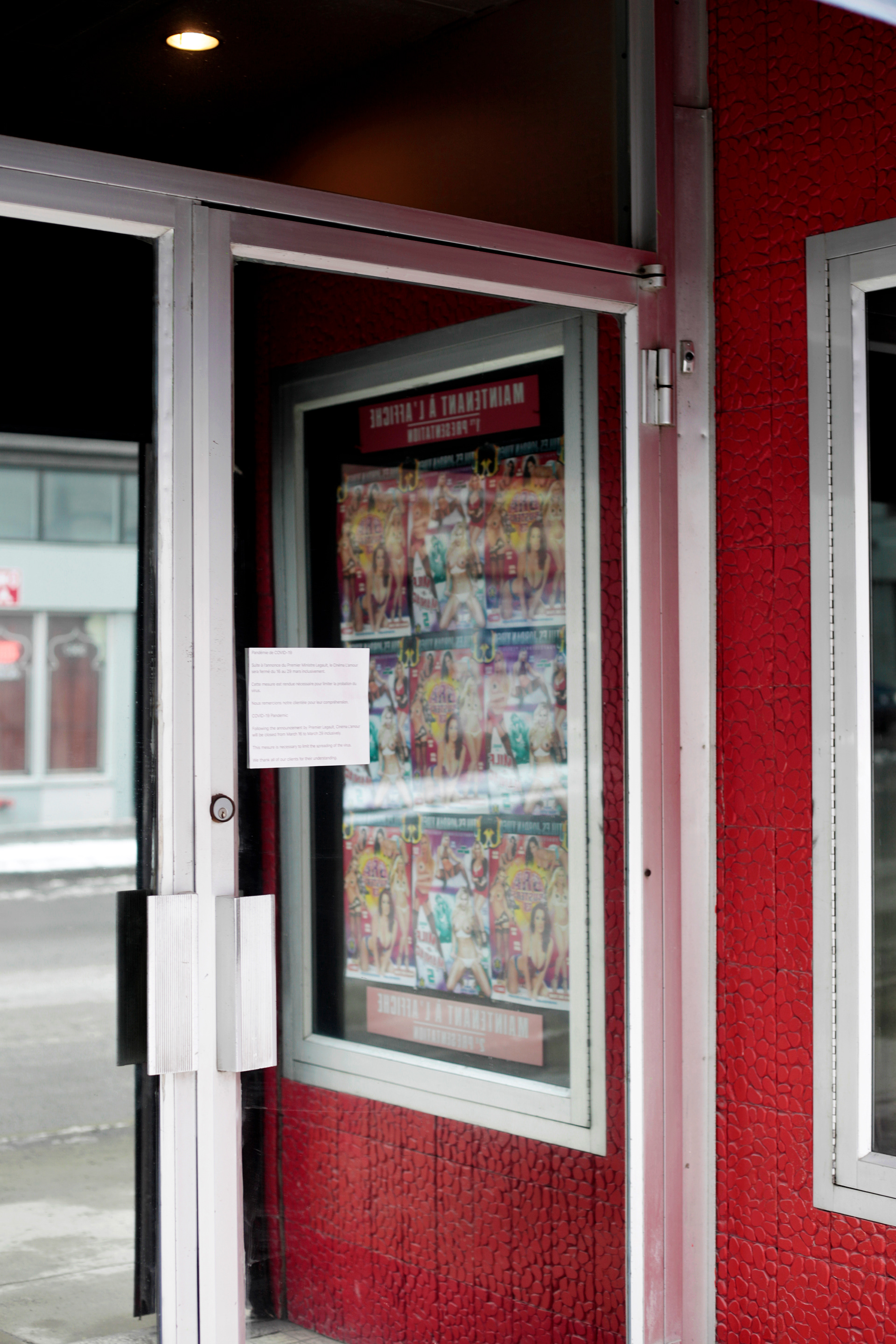 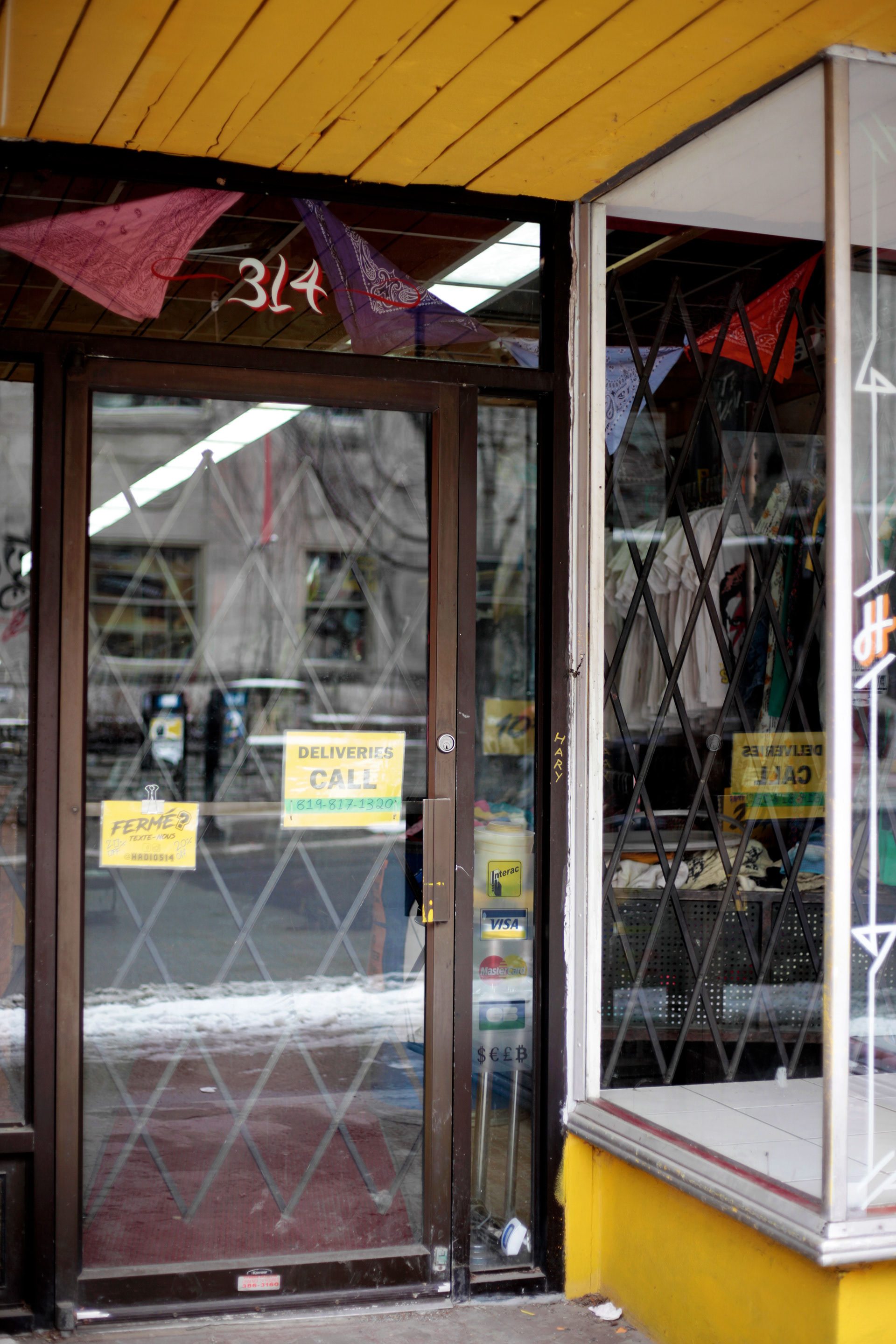 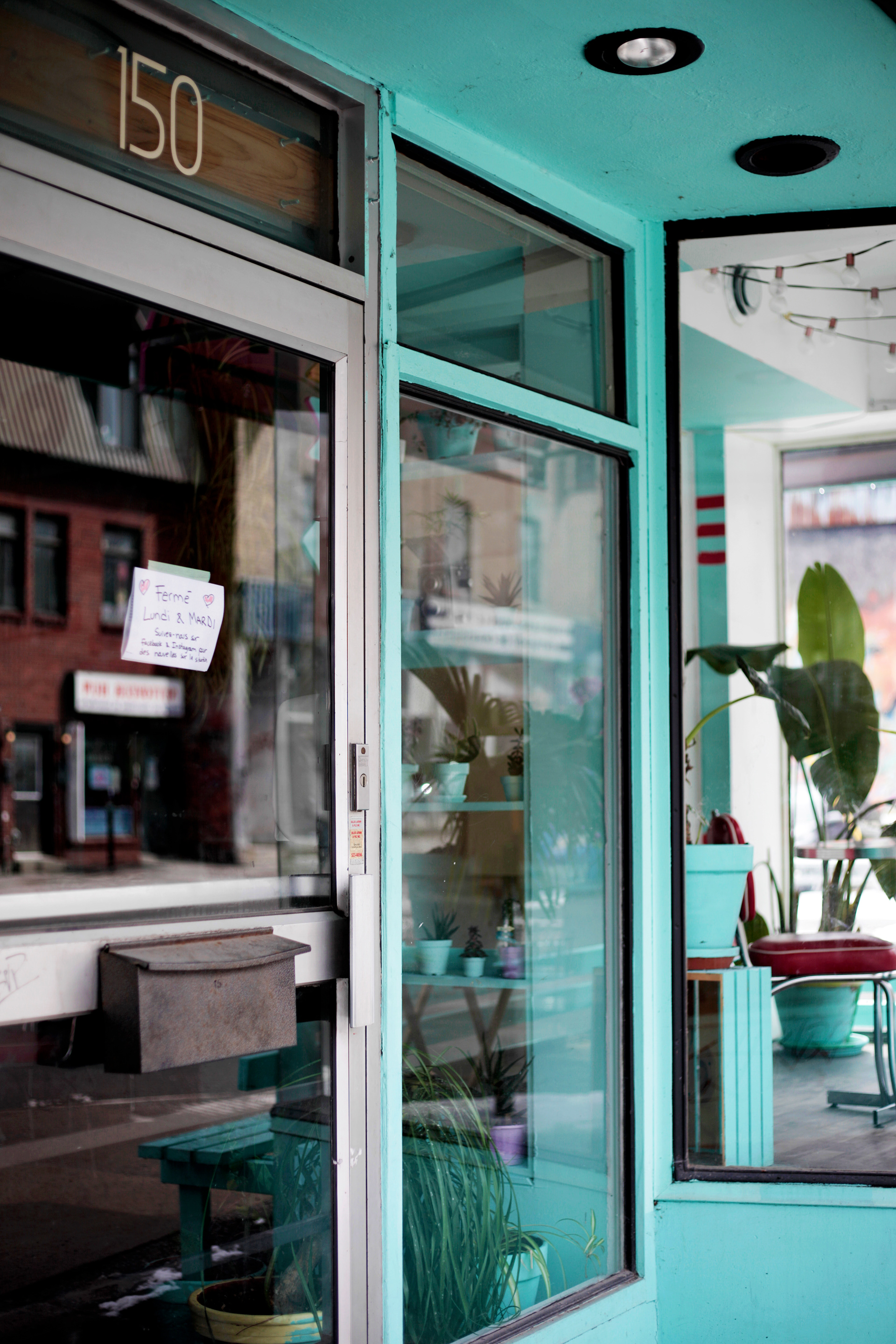 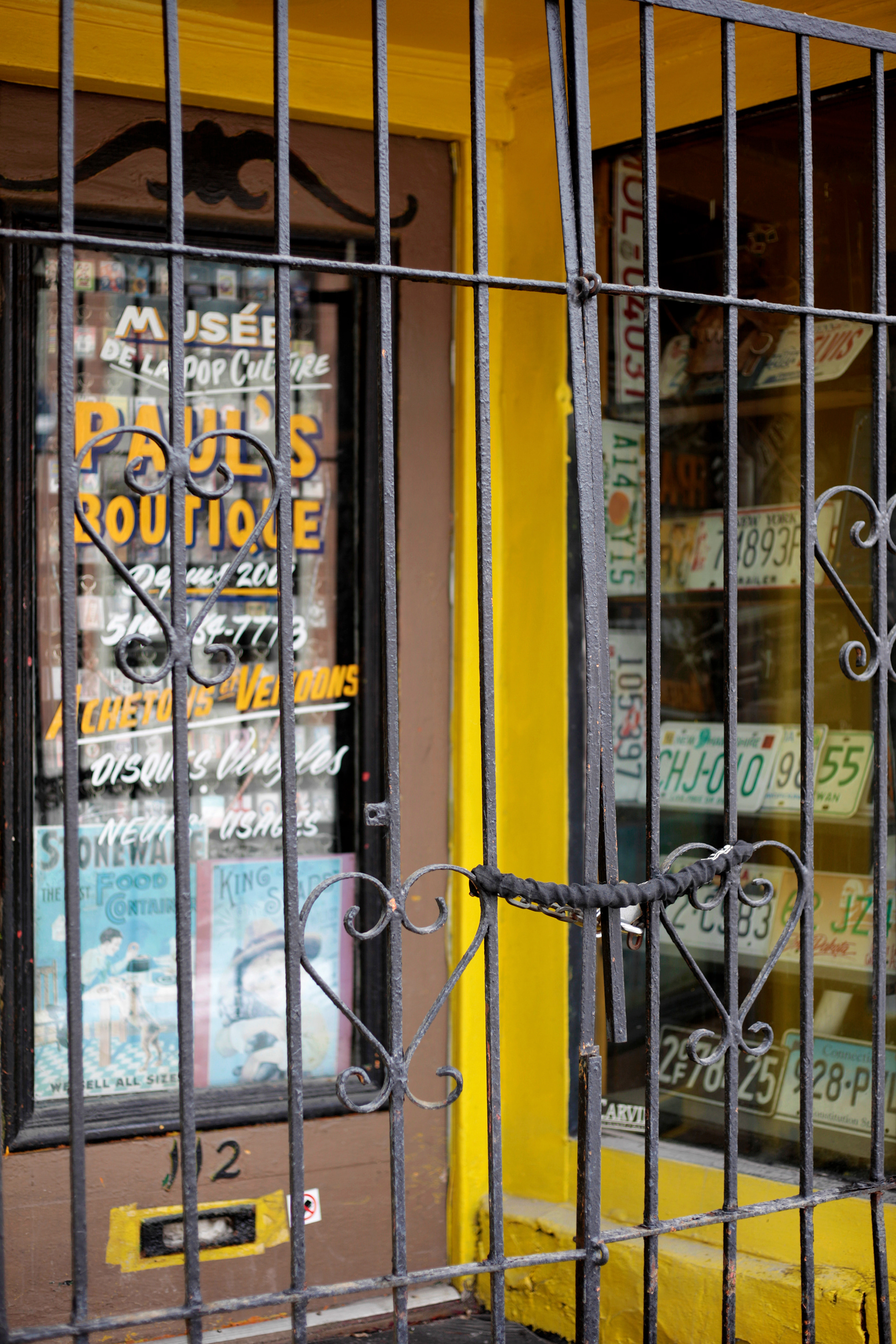 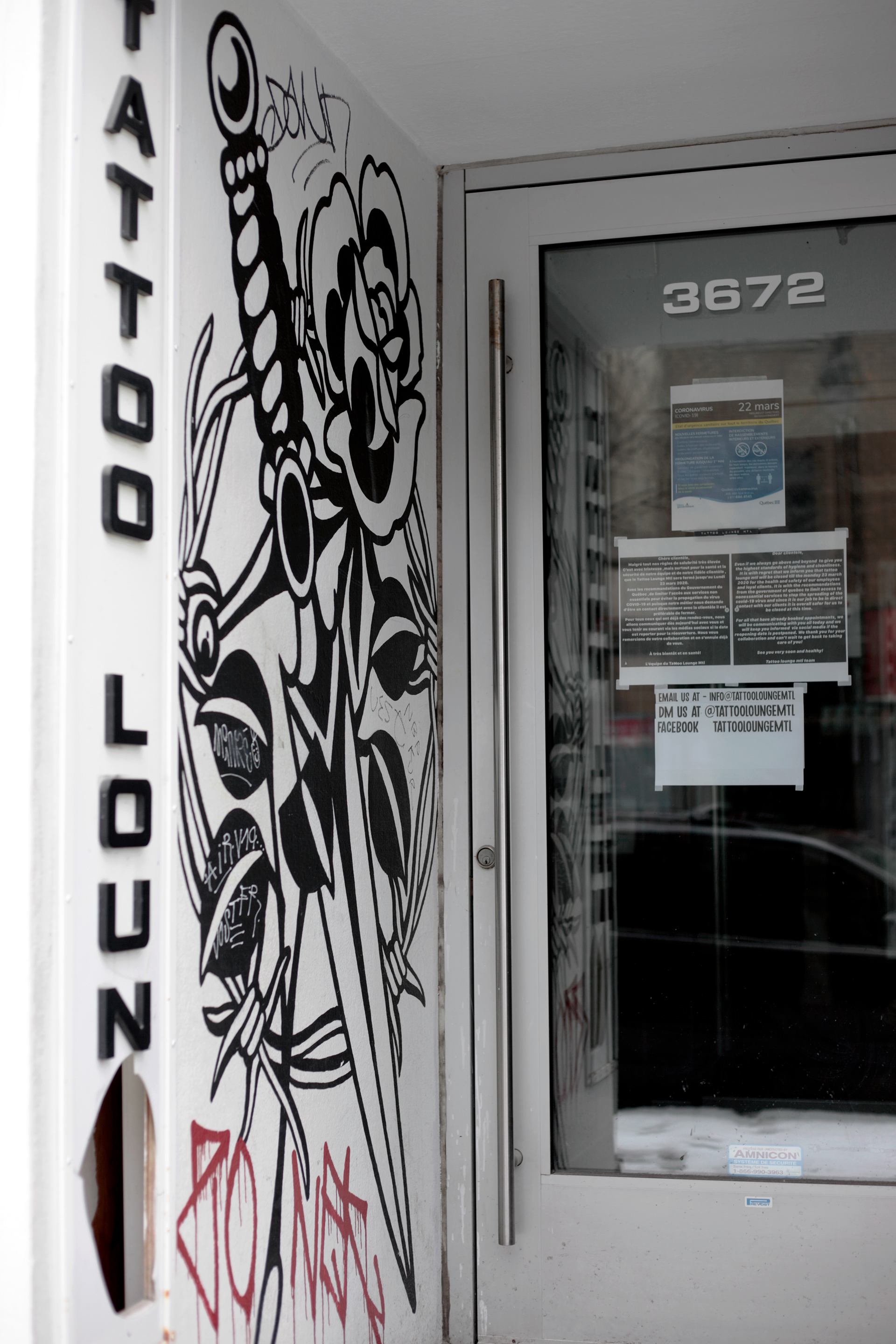 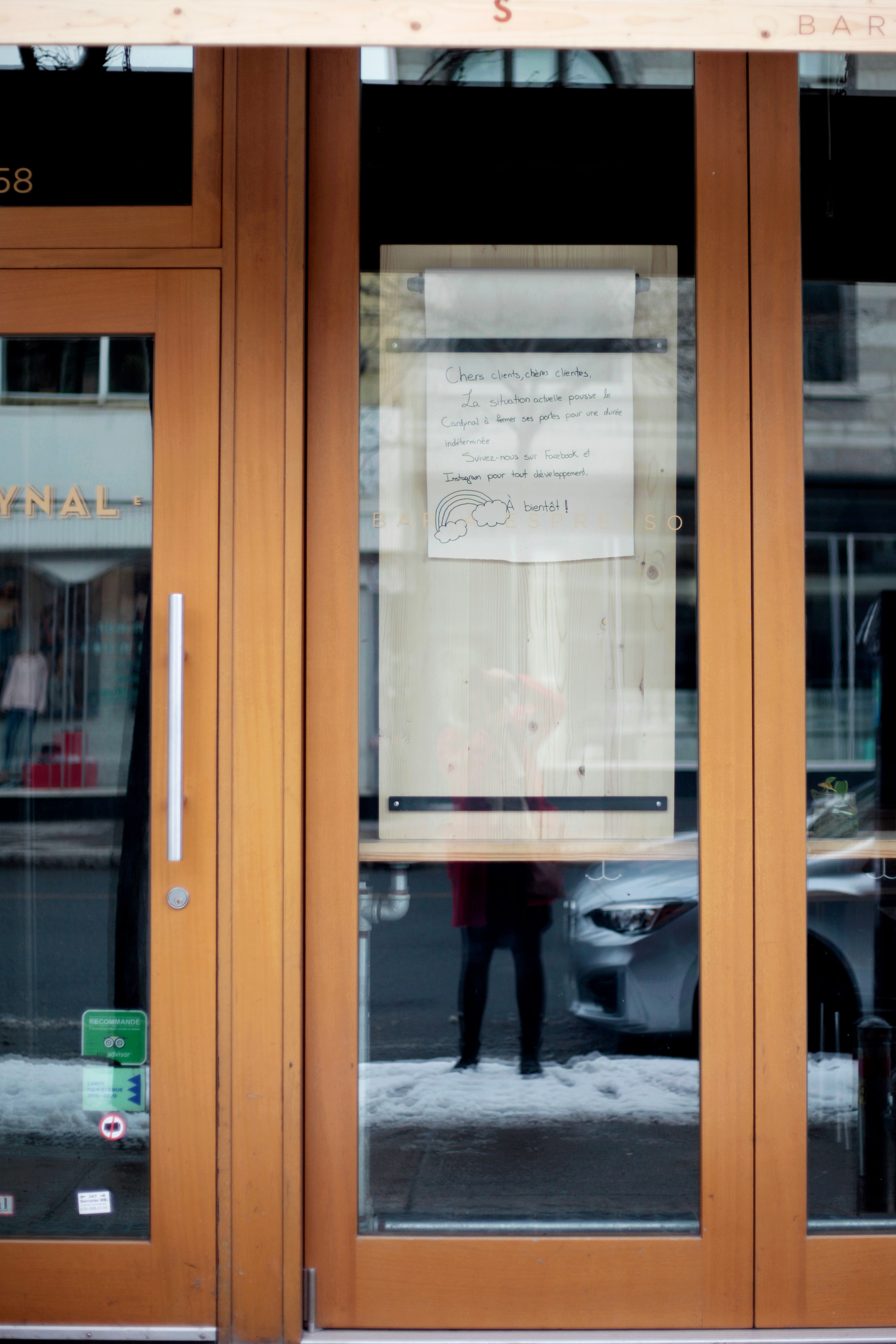 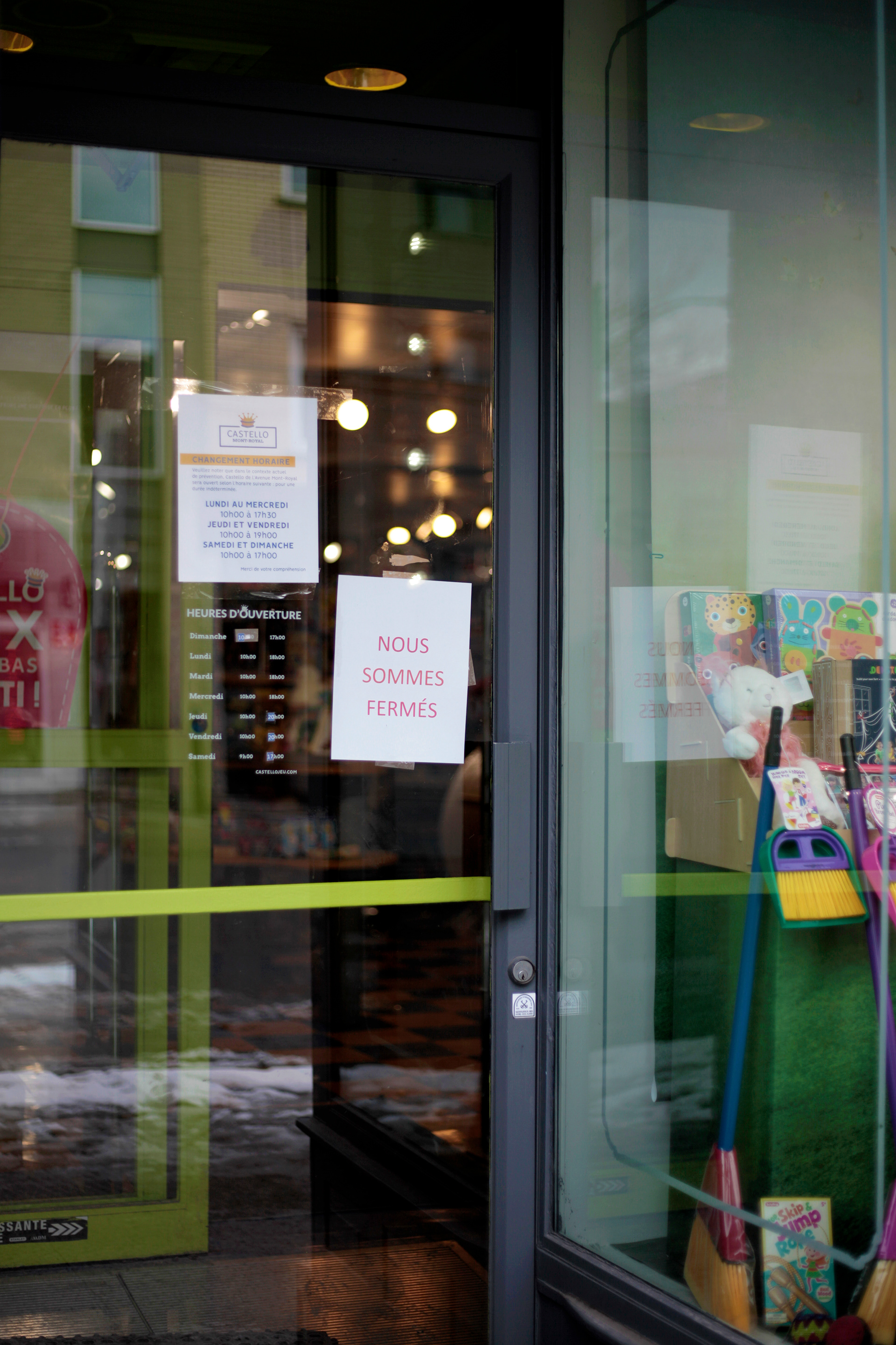 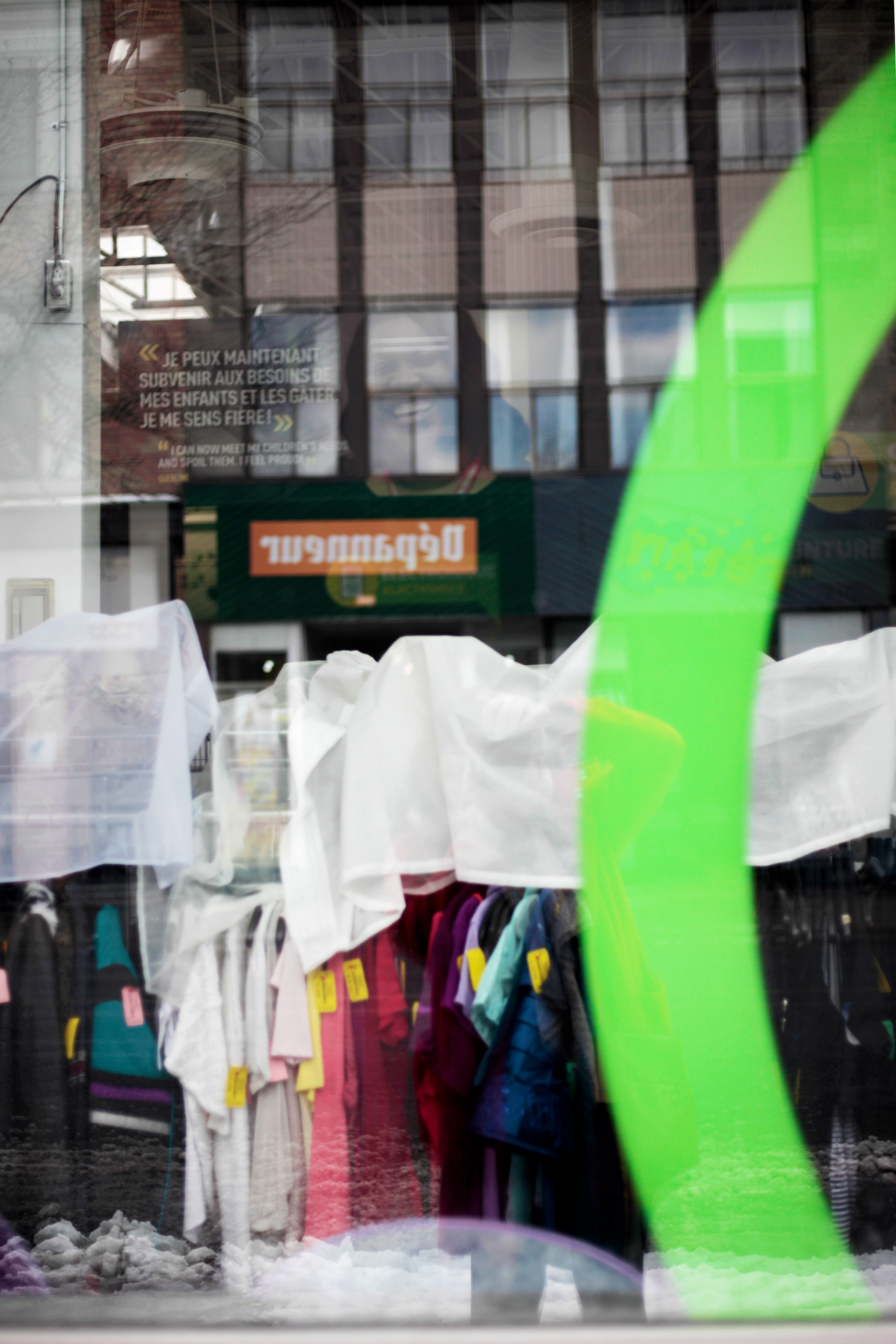 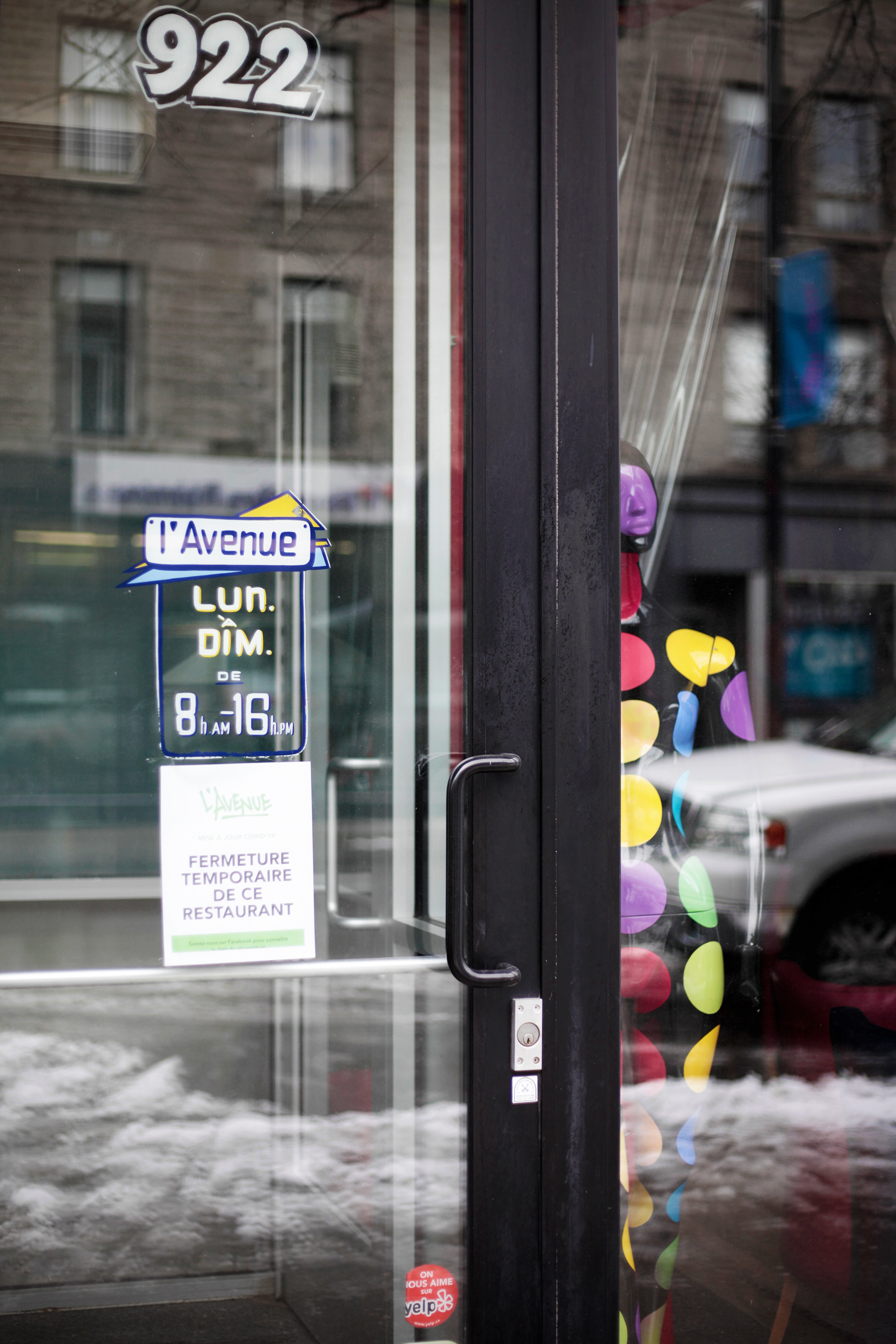 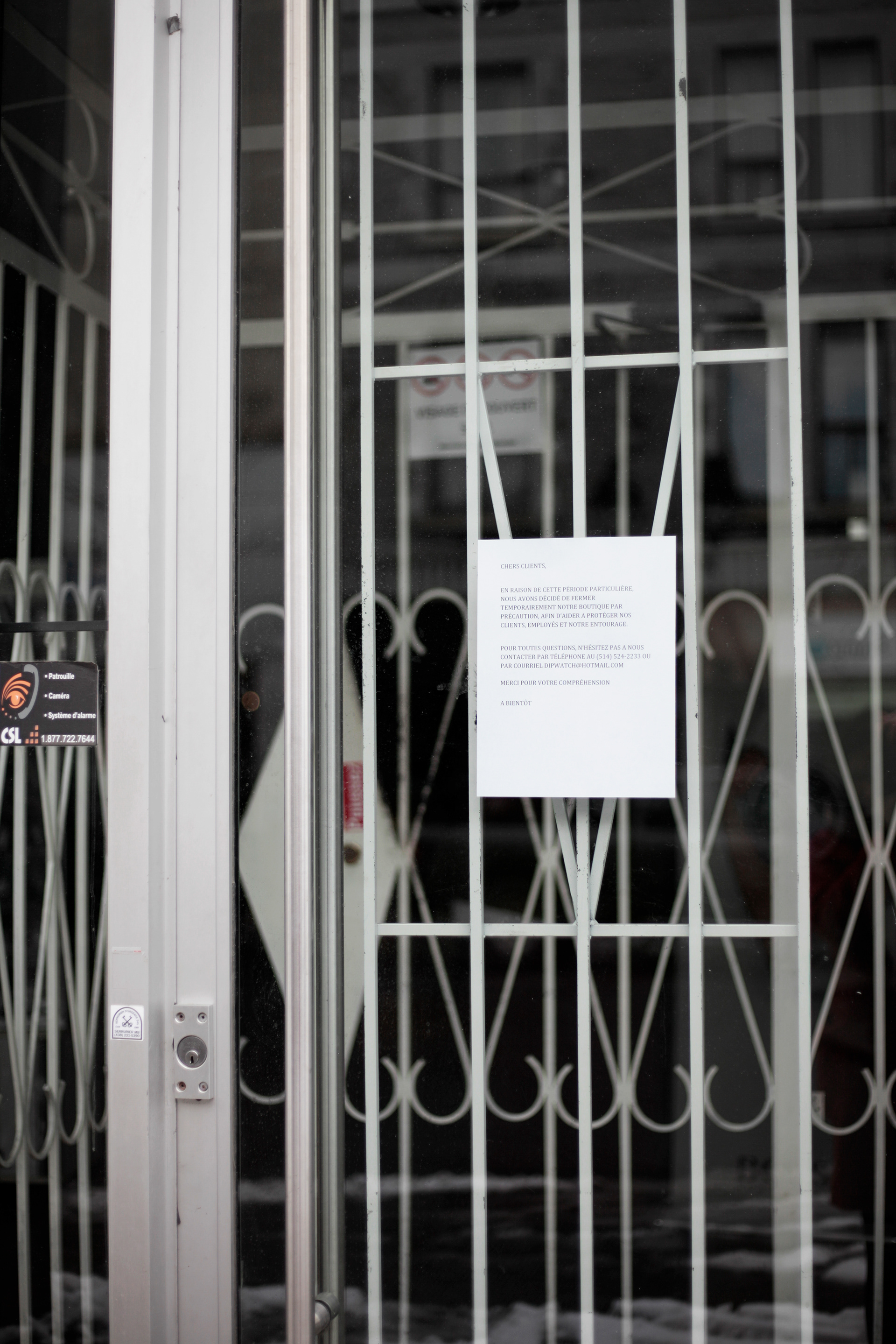 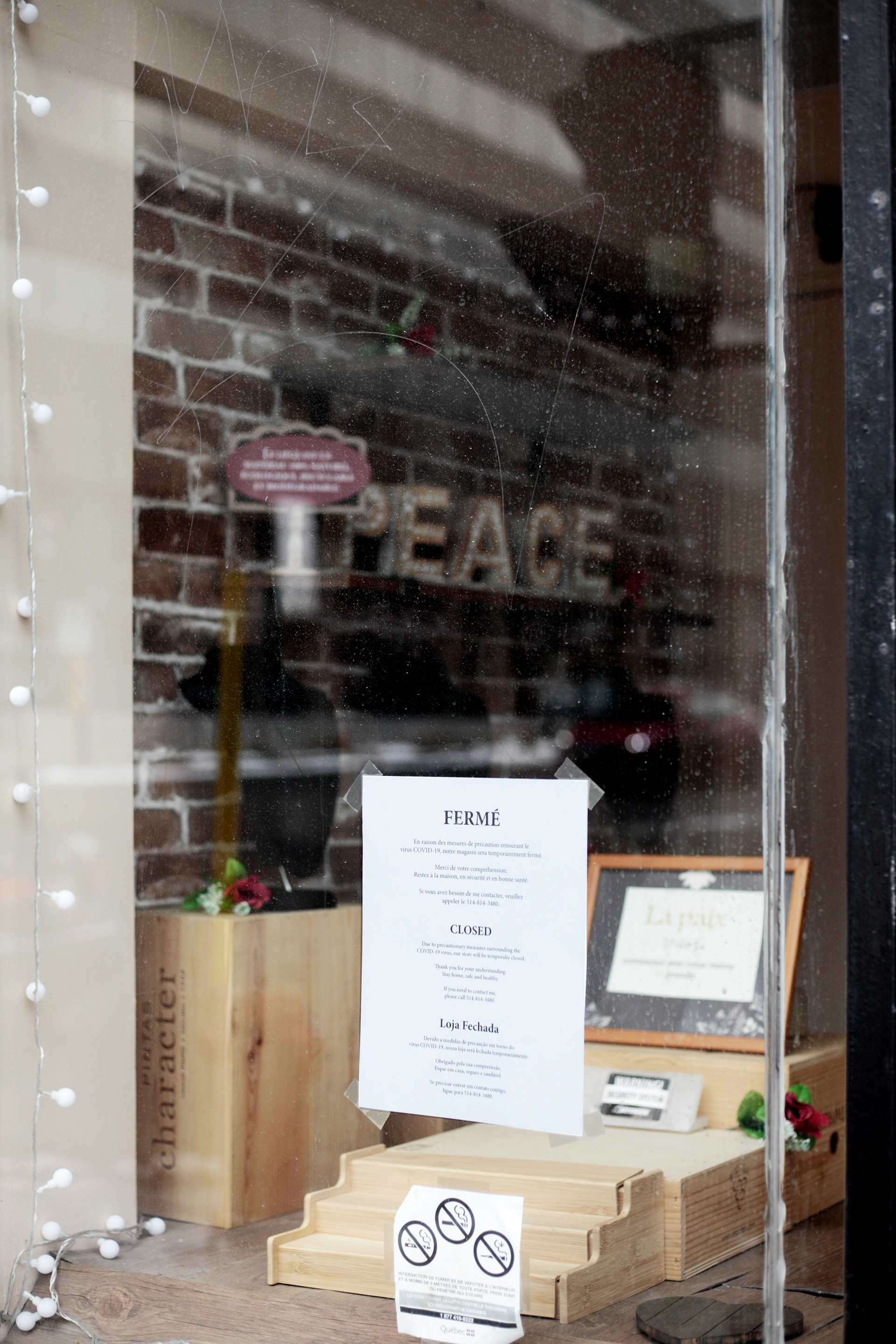 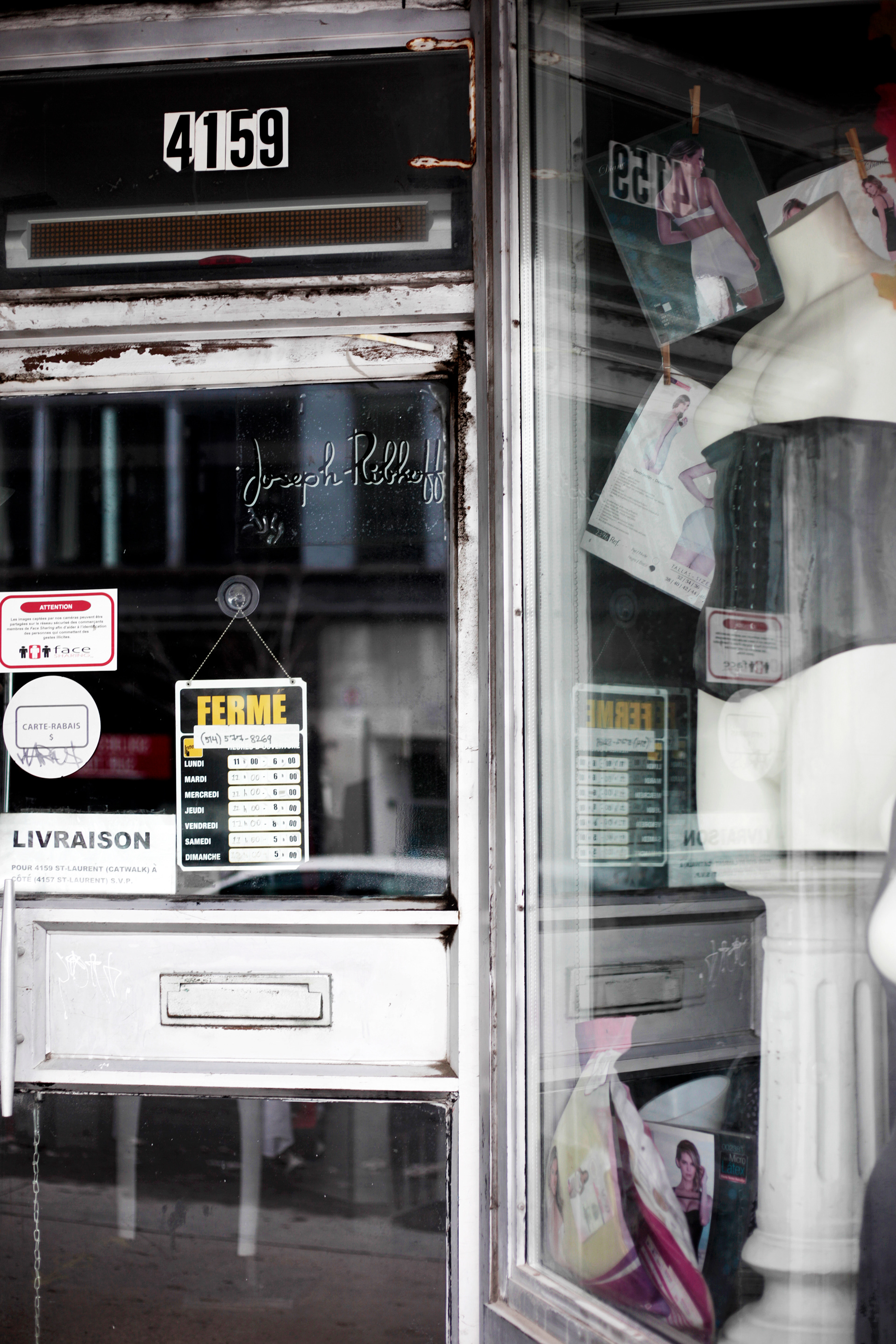 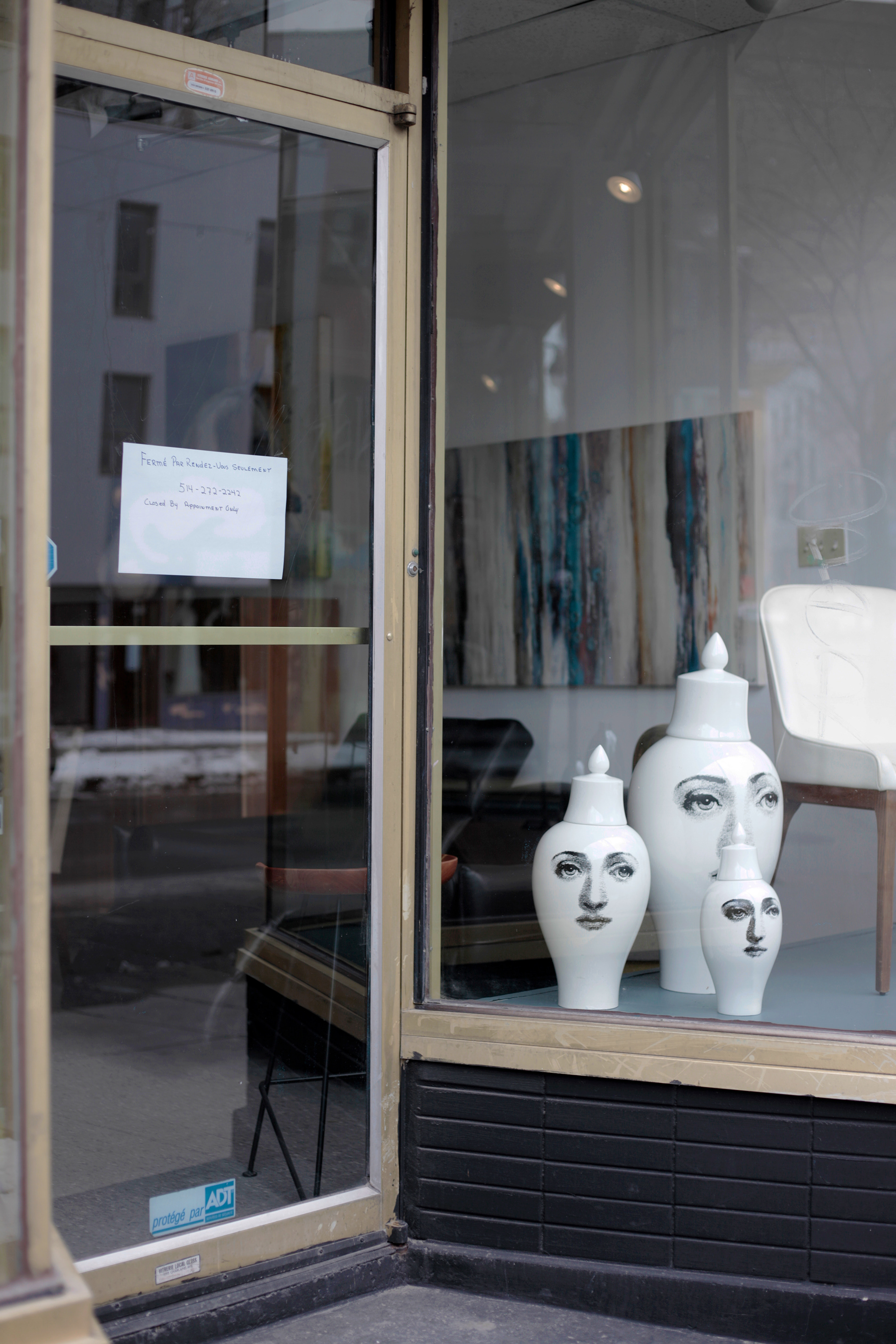 Advertising
↑Back to Top