Library+
Fall 2015 | Negar Adibpour and Marie-Christine Dupuis | Professor Eric Gauthier
The design of a new library (Library+) for the town of Chambly Québec where the key aspects are its architectural
definition and role in shaping culture.
this project was part of the ARCH 405 comprehensive design studio meaning the detailed development of the building proposal; both in terms of form and programmatic organization as well as its technological resolution.

Concept
It all started with a cluster of trees on the otherwise barren, large site of the to be library in the town of Chambly. What came to mind right away for us was the idea of having a courtyard; an enclosed, more personal space in such a large piece of land.
ironically enough, the trees inspired us for the idea of the courtyard and yet we never ended up including them in there. when it came to developing a physical concept for the actual building of the library, a cube was deconstructed and by keeping in mind the idea of an internal enclosed space, we playing around with some wood pieces and came up with the overall shape.
the building is oriented facing north to avoid any direct light since all reading spaces are placed along the glass facades to even more emphasize on the importance of our courtyard space. 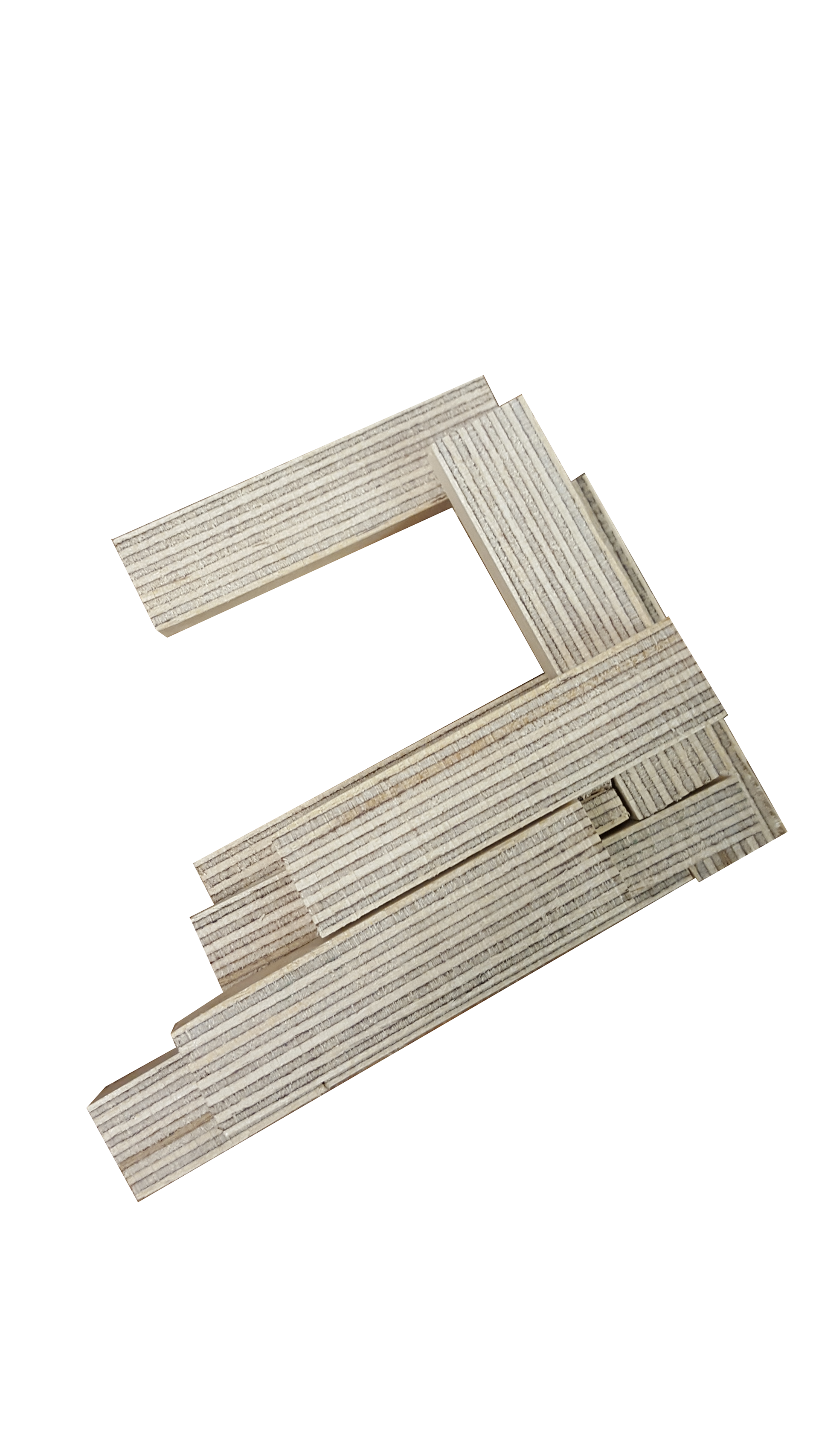 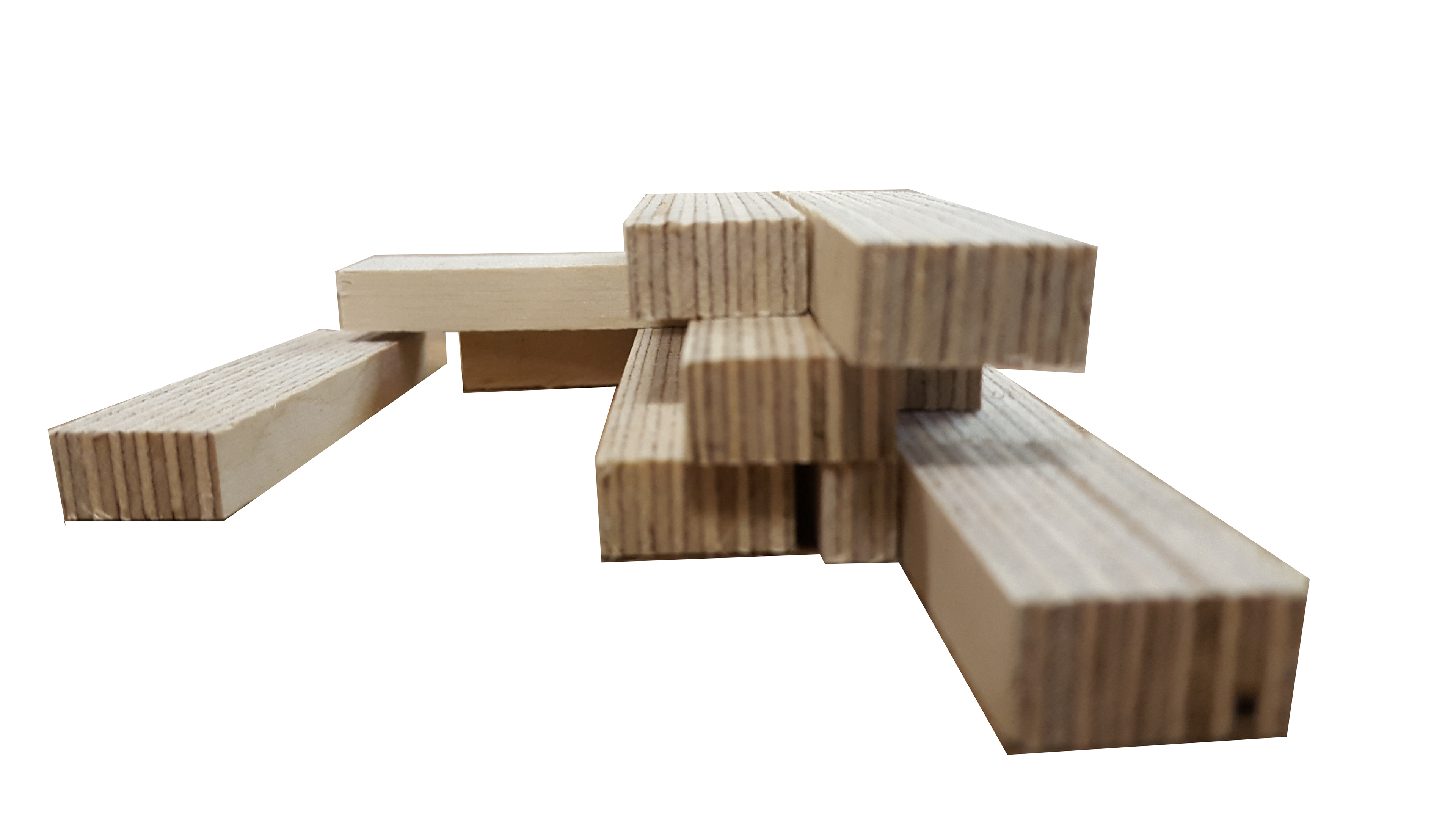 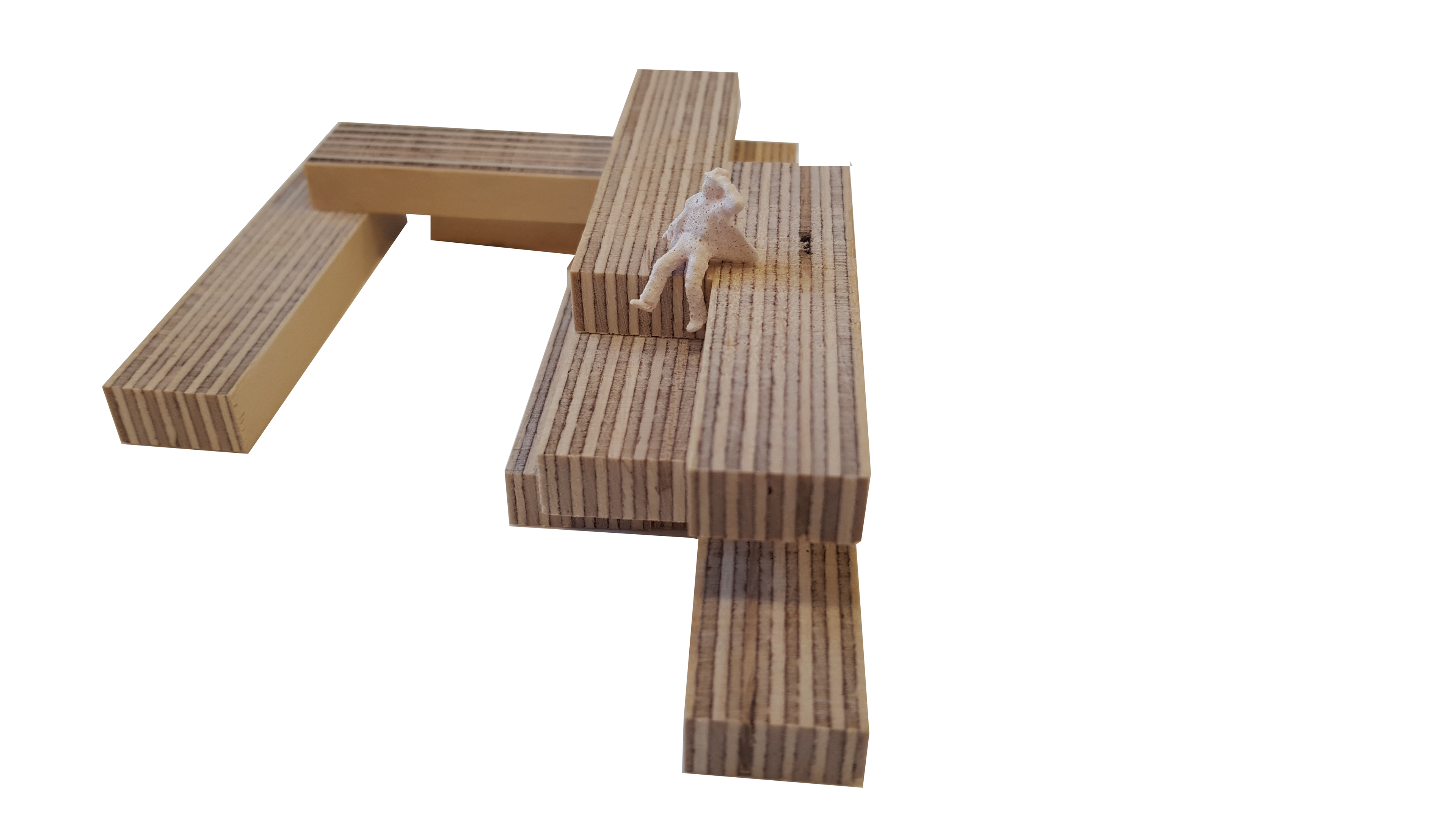 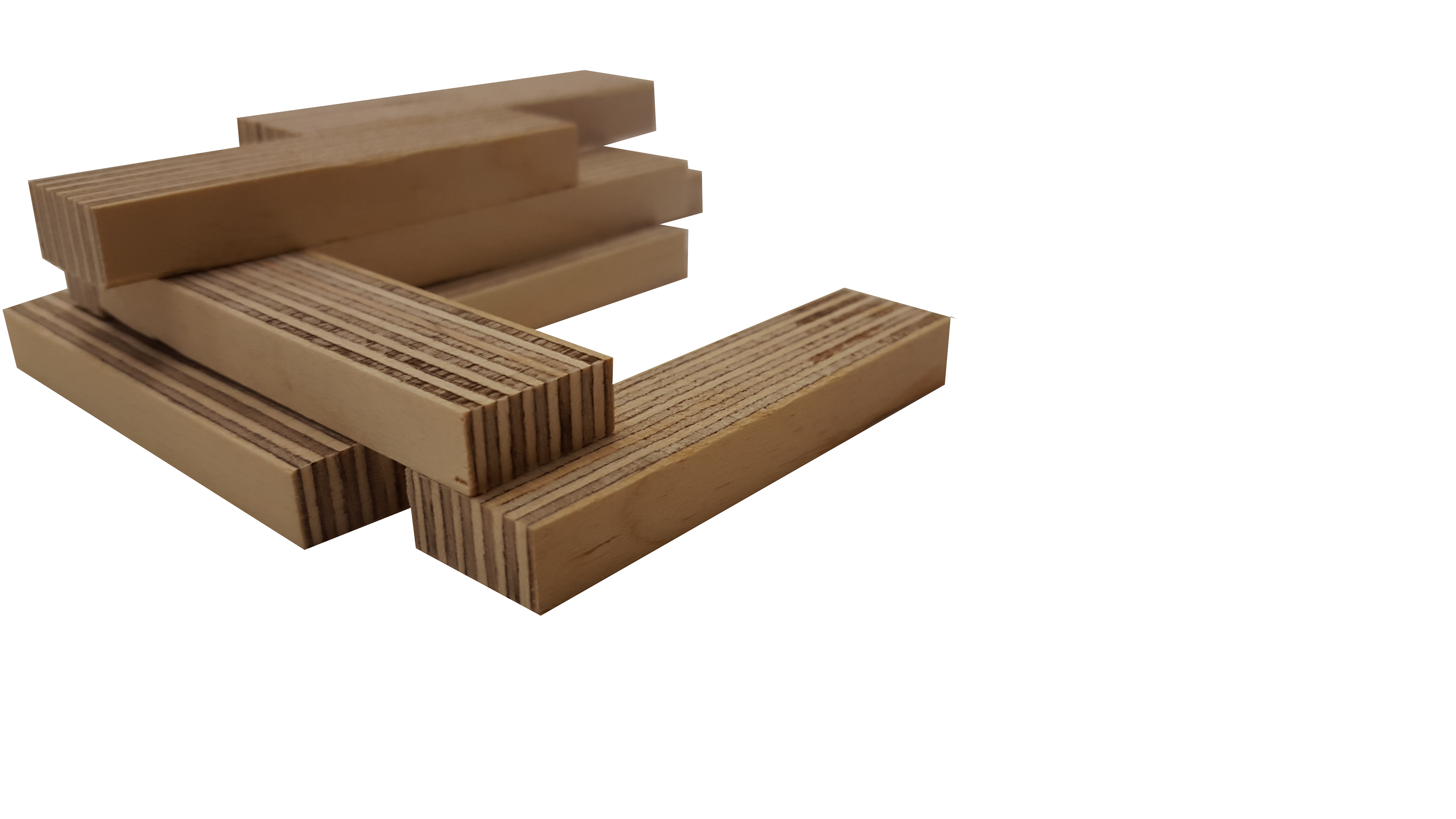 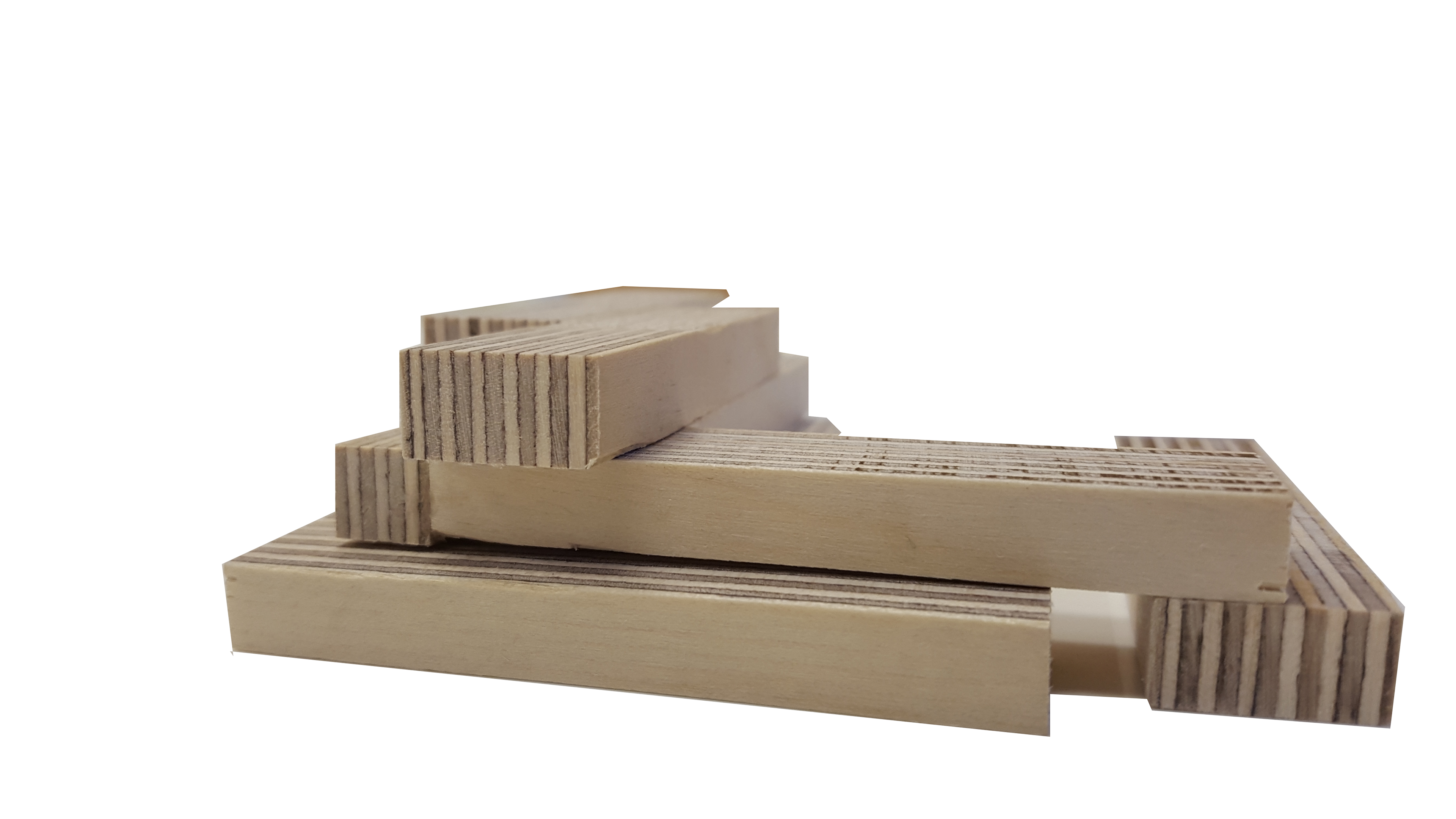 Site plan
[landscape elements]
Trying to create a visual conversation between this deconstructed cube and our site, a set of reflecting pools with wooden and stone paths over them were created emerging from the building onto the parking area and vice versa. through these elements the building is merged with the land it rests on. The pools turn into skating rinks in the winter for the families visiting the library or just strolling around the town. The building also has a number of open air and enclosed terraces which formed from the negative spaces n the deconstructed cube. these terraces serve as leisure spaces in summer and winter.
[materiality]
after the main physical elements were put in place the question of materiality became more and more eminent.
highly inspired by the works of Mies Van de Rohe, the project started separating in two sections. the double sided brick walls that were completely opaque and the completely transparent curtain walls facing the courtyard. the approach made for an ambiguous exterior from the main highways and the town street and left the tranquil, transparent courtyard as a complete surprise to the visitor.
[circulation]
two methods of entrance to the building were thought of creating two completely distinct experiences. one as previously mentioned, from the main streets and directed towards pedestrians, keeping the courtyard as a surprise to the visitor, and another for the drivers from the side of the parking from the electrical power plant which makes the courtyard the inviting aspect of the building rather than a
discovery.
[+]
part of the program requirement was to design a third of the space as an extra program than the library. In our library, this extra space was divided into a workshop space and a complementary exhibition gallery space to showcase the productions made in the workshop. the gallery space, situated on the second floor, creates a link between the library space and the workshop as a means of inviting the people of
Chambly to engage in this communal act of production and presenting it to the library visitors. Right in the middle of the workshop/ exhibition space we have a large coffee shop inviting people even more to explore the workshop side and the terraces.

Physical model of the project